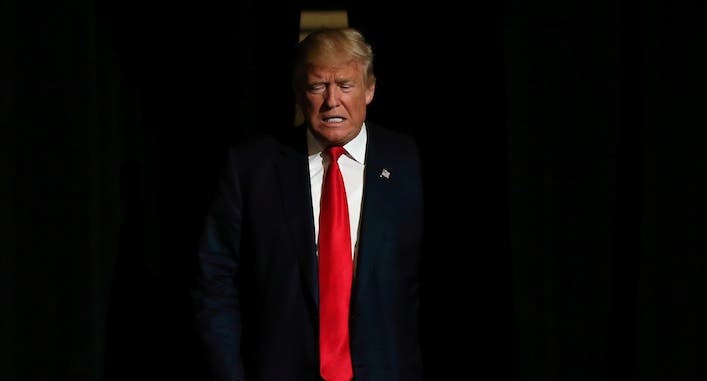 The White House has finally responded to the stunning revelations from the New York Times that indicate President Trump specifically demanded that former FBI Director James Comey shutter the investigation into disgraced National Security Advisor Gen. Michael Flynn over his potentially treasonous communications with agents of the Russian Federation.

In what will come as a surprise to absolutely nobody at this point, the White House has denied all wrongdoing and labeled Comey a liar, via the Public Pool reports:

The White House asked me to pass this along re: the NYT story.

On background: Deputy Director McCabe said in his testimony last week that the WH had not interfered with any investigation.

The immediate denial does nothing but back the Trump White House further into the corner. Director Comey has announced that he has memos and recordings of all his conversations with the President, and House Oversight Committee Chairman Jason Chaffetz (R-UT) has announced he will be issuing a supoena for the relevant Comey memo.

Trump can try to deny it all he wants, but his goose is squarely cooked. This is almost certainly only the beginning of a flood of leaks that will finally reveal our president for who he really is – an incompetent bully and a selfish traitor who valued his precious electoral college victory over the good of the nation he was elected to lead.

Now we watch the fall