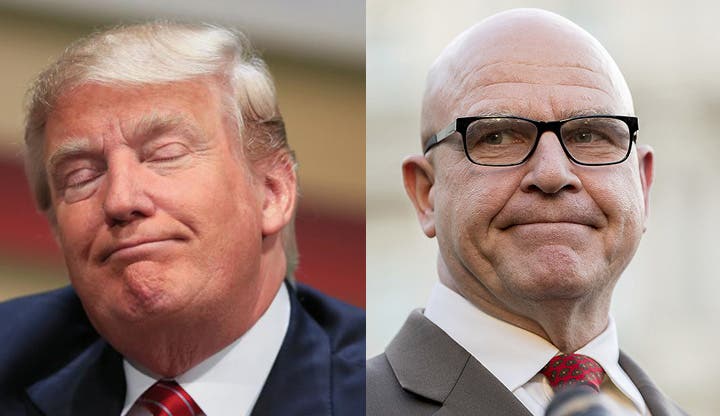 For many observers, the most shocking scene to unfold over the last scandal-ridden week wasn’t one of the erratic interviews the President gave after firing FBI Director James Comey.  Nor was it any of his high-profile surrogates bending over backwards on cable news shows in a comedically futile attempt to defend Trump’s actions.

What most Washington insiders are still scratching their heads over is the image of National Security Advisor H.R. McMaster marching out of the West Wing to a hastily set-up mic stand in the middle of the driveway to read a statement defending the President against allegations he revealed classified intelligence to senior Russian officials inside the Oval Office.

McMaster, a former Army General, is the rare member of Trump’s cabinet who enjoyed broad, bi-partisan support upon his appointment.   His military record is impeccable, he’s widely respected at the Pentagon and across the government, and he was seen as an independent thinker and actor who would not tow the company line.

After the firestorm caused by the forced-resignation of his predecessor, Michael Flynn, for lying about his meetings with Russian officials and other foreign ties, the President needed a rock-solid replacement to quell the flames.  General McMaster more than fit the bill.

And yet, there he was Monday evening, delivering a carefully worded, litigiously parsed classic ‘non-denial’ denial statement in defense of his boss:

“The story that came out tonight as reported is false… At no time, at no time, were intelligence sources or methods discussed. The president did not disclose any military operations that were not already publicly known… I was in the room. It didn’t happen. Thanks, everybody.”

The next day, he showed-up in the White House press room to deliver an equally flummoxing encore performance, sticking to the previous day’s script and telling reporters in part:

“It is wholly appropriate for the president to share whatever information he thinks is necessary to advance the security of the American people. That’s what he did.”

“H.R. is in an absolutely impossible situation,” he told host Rachel Martin.  “And many of us, his friends, were concerned that something like this was going to happen when he took this job working for this administration.”

“He is a man of extraordinary integrity and honor,” Nagl continued.  “He’s devoted his entire life to the service of our great nation. And he’s got a president who has clearly done damage to the United States and to our relationships with our allies around the globe by revealing this information.”

And then he dropped his most damning observation:

“I think he is not answering the question that he was asked. And I think that he is doing so knowing absolutely in full cognizance of the fact that he is not telling the whole truth, but he’s being very careful not to tell lies, either.”

Nagl also stated his belief that McMaster knows what he’s doing, and if he is acting in a way that perplexes his closest friends and admirers, they trust he’s doing it for the right reasons, and not to simply shill for the President.

“I think literally the fate of the Earth could be in H.R. McMaster’s hands at this point. The administration is clearly in free-fall mode,” he said starkly.  And if we are in free-fall, “H.R. McMaster is exactly the man the nation needs to have at the center of things in the White House to hold all the pieces together at this unbelievably critical time in our nation’s history.”

McMaster is the only member of the administration that still has credibility, Nagle said, and he knows his reputation is taking a serious hit.

“H.R. can’t be completely comfortable with that,” he said, “but his friends and I believe that it’s worth H.R. giving up some of his well-earned reputation for integrity. He can be a little bit tarnished around the edges.  We can get the pope to give him an absolution because literally the fate of the world could depend on having his love of country, his judgment, his intelligence, his service in the White House at this absolutely critical time.”

In short, this is a good man in a bad situation.  That might not be enough to save Trump, but it might just save our country.