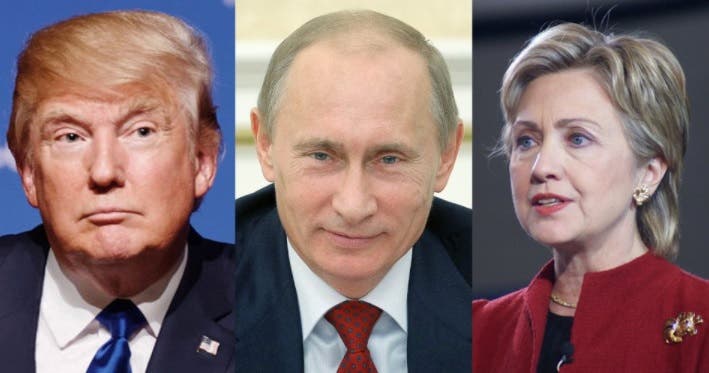 TIME Magazine has just published an explosive report that reaffirms the Russian intent to disrupt the November 2016 election in order to sabotage the chances of Democratic nominee Hillary Clinton.

Like the man they helped put into office, it would appear that Russian spies also have a problem with boasting about things they shouldn’t be.

But instead of admitting to casual sexual assault, members of the Russian military intelligence agency (GRU) were recorded by American spies in May 2016 boasting about how Russian dictator Vladimir Putin was getting ready to “pay Hillary Clinton back” for her role in encouraging the widespread pro-democracy protests prior to the 2011 Russian parliamentary elections and for criticizing the results of those elections, which were marked by rampant cheating by Putin’s United Russia party.

The agents went on to laugh about how the GRU was going to “was going to cause chaos in the upcoming U.S. election.”

And cause chaos they did. Russian hackers from the GRU are believed to have been behind the hacking of Democratic National Committee servers, which obtained data that was filtered through Wikileaks and weaponized by the Trump campaign.

Hackers also successfully penetrated the personal emails of Clinton campaign chair John Podesta, whose out-of-context emails were used as the basis of the outlandish “Pizzagate” conspiracy theory. Russian troll farms and botnets were then used to flood the networks of those in battleground states with fake news and misleading information.

President Trump and his campaign team now stand accused of coordinating with agents of the Russian Federation in order to tilt the election in his favor, offering platform policy changes and sanction relief in exchange. While Trump says there was no collusion, the evidence says otherwise.

We have the motive and the murder weapon – it now falls to Special Prosecutor Robert Mueller to get determine whether or not Trump and his cronies were accomplices in the murder of our electoral integrity.

Trump's response to a question at today's presser: "I can only speak for myself – and the Russians." Hmmm…he might want to rephrase that.