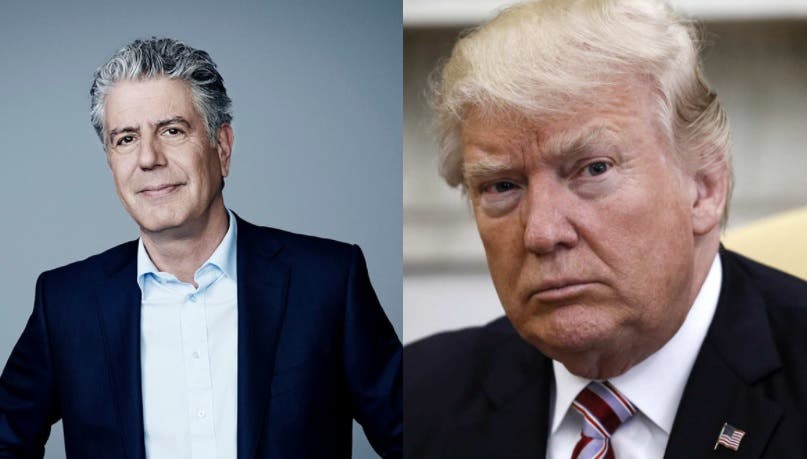 World-famous food critic, chef, and television personality Anthony Bourdain was recently asked by the New York Daily News if he would sit down for a meal with the President of the United States, fellow New Yorker Donald Trump.

“I can’t see the point, he only talks about himself and he’s only interested in himself. I can’t see that as being scintillating dinner conversation. Plus he eats his steak well done. I think that really settles it.”

Donald Trump infamously eats his steak hammered and with ketchup, like a child might. Such a waste of good meat is heresy to a chef like Bourdain and is more than enough reason to avoid a meal with POTUS.

Bourdain went on to decry the anti-science atmosphere that President Trump has cultivated in the United States with his relentless efforts to squash all discussion of climate change and those studying it.

“It’s a liability now to be able to construct a sentence. Science is becoming a bad word. These are strange and terrible times we live in” mourned Bourdain.

Indeed, they certainly are. But as the investigations into Trump and his potentially treasonous connections to Russia unfold at a breakneck pace, the glow of light at the end of the tunnel grows ever brighter.