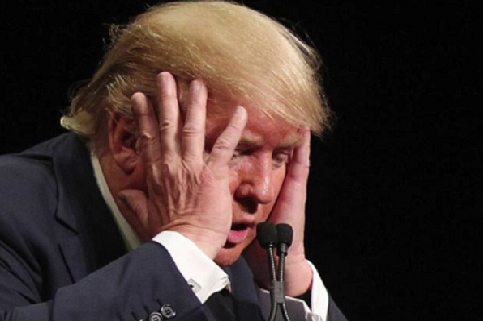 Trump Just Complained About Being “Hunted”, Twitter’s Response Is Perfect.

Disgraced former National Security Advisor Michael Flynn and other advisers on Trump’s election campaign were in contact with Russian officials and individuals with ties to the Kremlin at least 18 times via phone or e-mail during the last seven months of the Presidential elections.

The information provided regarding these communications came from current and former U.S. officials familiar with the exchanges.

The communications occurred between April and November 2016, right around the time that Russian hackers engaged in a campaign to discredit Democrat candidate Hillary Clinton.

These previously undisclosed communications are now being investigated by the FBI as part of their investigation into Russian interference with the U.S. election and collusion between them and the Trump campaign.

Six of these communications were between Russian Ambassador to the U.S., Sergei Kislyak, and senior Trump advisers including Michael Flynn.

Flynn’s conversations with Kislyak became more frequent after November 8th, as both men discussed creating diplomatic back channels for communication between Trump and Putin. Such back channels would have been able to bypass U.S. national security bureaucracy, something both sides felt was hostile to improved relations.

The White House initially denied any contacts with the Russian Government during the 2016 election in January, but have since confirmed that four meetings between Kislyak and Trump advisers took place at that time.

Reuter’s sources claim that so far they haven’t found any direct evidence of collusion between the Trump campaign and Russia, but the revelations that the Trump administration has once again lied about what actually took place will increase the pressure for them to fully and accurately disclose the events that took place.

It also suggests that they wanted to hide these conversations from investigators and the public.

So far the identities of the individuals who participated in communications have remained classified with the exception of Flynn.

The White House and Flynn’s lawyer and declined to comment, and when asked, the Russian government reportedly pointed Reuters in the direction of Trump’s administration for all the answers.

Separately, a Russian spokesperson said: “We do not comment on our daily contacts with the local interlocutors.”

The conversations had between Russia and Trump’s team focused on how best to improve relations between the two. Russian officials stressed the need for a business-style approach that focused on common economic and other interests while ignoring contentious issues.

This would suit Russia very well. Let’s just brush under the rug the fact that they sabotaged the election, annexed Crimea, invaded Ukraine, killed thousands of civilians and U.S. allies in Syria and Iraq and routinely use state-sponsored hackers to attack allied countries and businesses.

Their gall is unbelievable and indicative of the advantage they have over Trump.

Political campaign veterans have said it’s not unusual for some contact to take place between candidates and foreign states, but the number of interactions between Trump’s campaign and Russia was “exceptional.”

“It’s rare to have that many phone calls to foreign officials, especially to a country we consider an adversary or a hostile power.”

Thankfully, the noose is slowly tightening around the neck of the Trump administration.

While no specific evidence of collusion has been found, we only have to look at the fact that the meetings were not disclosed, and Trump’s own efforts to derail the FBI’s investigation, to know that somewhere in the mountain of evidence lies a piece of information that will end the catastrophe that is President Trump.

The fact that Flynn was trying to set up a diplomatic back-channel smacks of treason. We have bureaucratic systems in place to protect our national security and prevent corrupt officials like Flynn from influencing events, and he was blatantly trying to circumvent those systems.

No wonder they went to such lengths to hide these meetings.