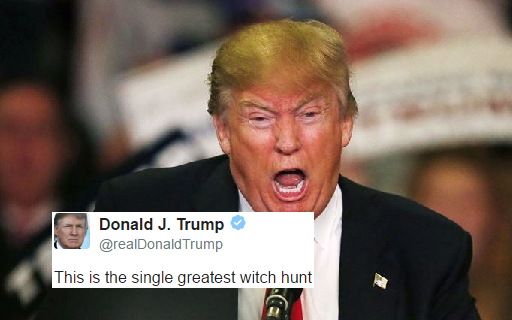 President Donald Trump has this morning once again taken to Twitter to express his dissatisfaction. Today he is angry about the fact that a special prosecutor has been appointed to oversee the investigation into Russian interference with the 2016 election.

This is the single greatest witch hunt of a politician in American history!

It was only a matter of time before the President made his feelings known to the world. He was suspiciously quiet yesterday, the only statement he made being yet another public tantrum about how “unfairly” he is being treated while he was supposed to be giving a speech to graduates of the United States Coast Guard Academy.

Imagine that. Training hard for months to serve your country only to have an orange baby show up for your graduation speech. Those Coast Guards deserved better.

It was suggested that Trump had actually reacted calmly to the news yesterday that the Department of Justice had appointed former FBI Director Robert Mueller to oversee the Russia Investigation. These Tweets prove otherwise.

Trump has nobody to blame but himself for what’s happened.

Often with Trump’s Tweets, someone (usually a Z-list journalist) has a few replies for the President. Most of them are somewhat ambiguous rhetorical denouncements of the President’s actions, and they have become quite boring and repetitive.

But today @RoguePOTUSStaff, the unofficial Twitter account supposedly used by one or more White House staffers to express their feelings on Trump’s Presidency had a few things to say to their boss: 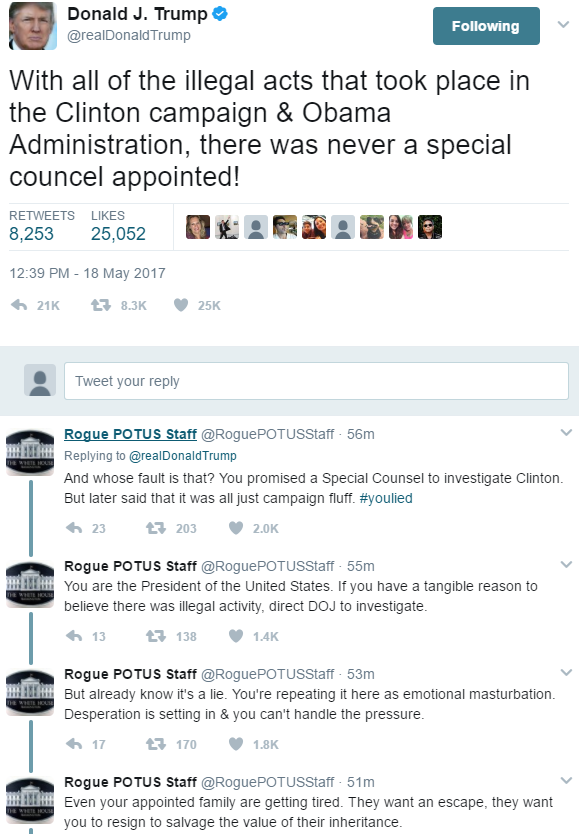 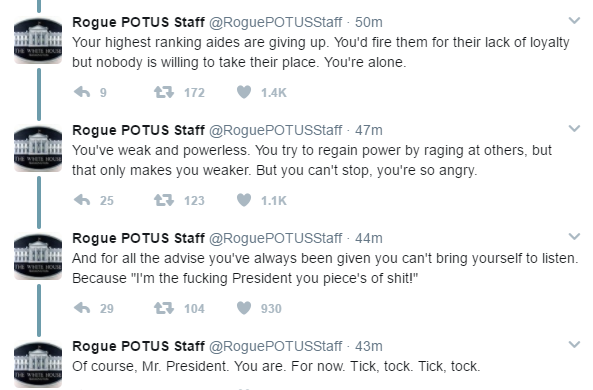