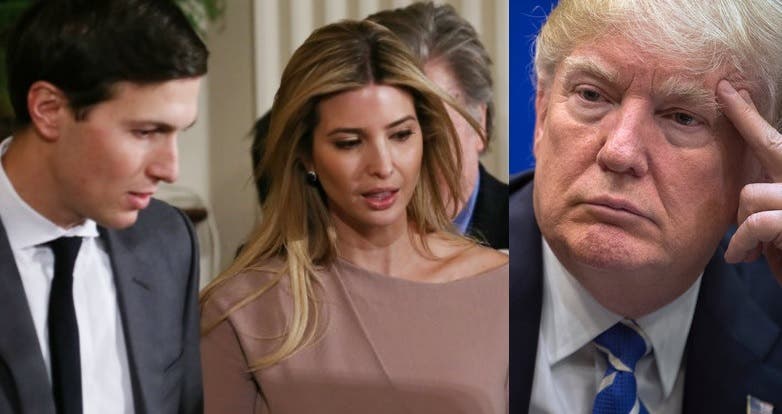 Journalist Yashar Ali, contributor at New York Magazine, GQ, Mother Jones, and HuffPost says that at least four sources have confirmed that the senior White House adviser under investigation as part of the probe into Trump and his campaign team’s potentially treasonous collusion with Russia is none other than Jared Kushner, Trump’s son-in-law and husband to Ivanka Trump.

Jared Kushner was busted back in December for holding secret meetings not only with Russian Ambassador Kislyak but also with Russian banker Sergey Gorkov, the chairman of the VneshEconomBank, Russia’s state-owned development bank.

Kushner was also reportedly played a major role in the decision to fire FBI Director James Comey in an obvious effort to derail the investigation into the Trump team’s Russia ties and cover his tracks.

It seems that Donald isn’t the only member of the Trump family to be entangled in this torrid treasonous affair. We can only hope Special Prosecutor Mueller’s efforts will see the entire Trump clan’s ignoble fall from grace.