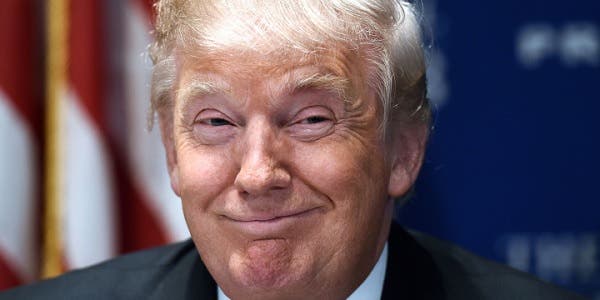 The Trump regime is moving into the late stages of its fall and – like the third-rate, banana republic dictatorship it aspires to be –  is desperately throwing up last minute barricades to defend the palace. Impeachment marches closer.

Today, another insider was tied to the rampant corruption when it was revealed that Trump’s factotum and son-in-law Jared Kusner is a “person of interest” in the Russia investigation. The news that the senior advisor is being investigated, coming hot on the heels of the appointment of special prosecutor Robert Mueller, has the White House panicking.

If Kushner is or was involved with Russian collusion, the implications would be far-reaching, and would likely mean that even more high ranking officials are involved. So it should come as no surprise that Trump’s team is sinking to absurd depths to protect Kushner.

Reuters reports that the White House is currently reviewing a little-known ethics rule that forbids newly hired government lawyers from investigating clients of their former law firm for a period of one year. Robert Mueller left his firm WilmerHale to accept his appointment. WilmerHale represents Jared Kushner.

Tellingly, Trump signed an executive order the very month he was sworn in, extending the limit from one to two years.

Clearly, the Trumpists are hoping to legally block the new special investigator from pursuing action against Kushner. The A to B to C nature of the scheme is stunning in its transparency. They’re worried Kushner will be exposed and prosecuted.  It’s as if the White House is so desperate to protect its lieutenants that it’s jettisoned even the illusion of propriety or innocence.

The obscure rule is written in the Code of Federal Regulations, which sources say the White House is now meticulously combing through in search of an out. Reuters also reports that legal experts say that the Justice Department has the prerogative to waive the regulation if they deem it necessary.

If such a waiver is granted, it’s still possible that the White House could launch a media campaign to negatively publicize the fact that Mueller’s old firm represents Kushner, and claim that it makes it impossible for him to fairly execute his duties as the special prosecutor. The Reuter sources report that the White House has already ordered its lawyers to see if there is a legal argument to be made for a conflict of interest. Failing that, they’ll use the bully pulpit and press conferences to muddy the waters.

The smear campaign has begun in earnest. It may make it more difficult for America to get the truth in the short term, but the motivation speaks volumes. A guilty conscience animates the entire procedure, and eventually the guilty parties will be revealed.