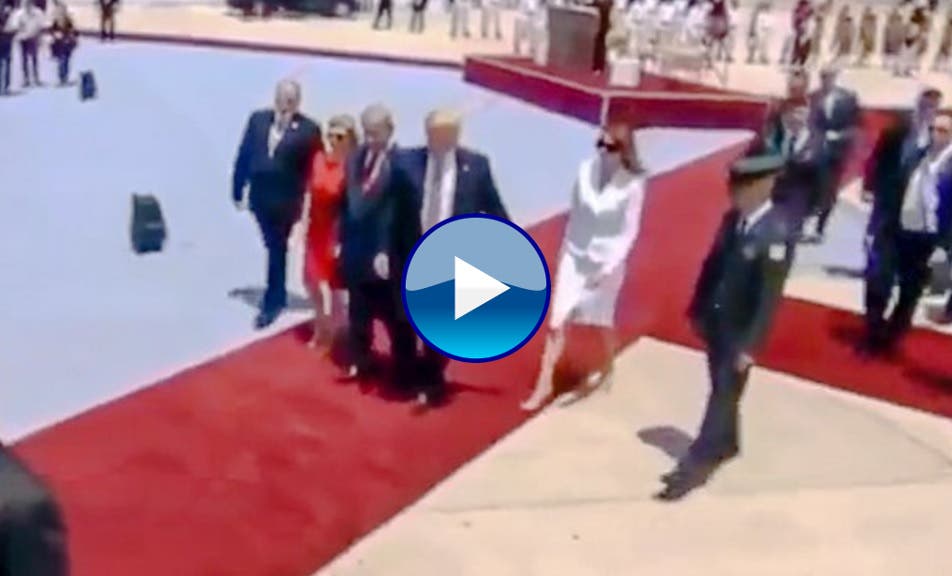 President Donald Trump and his cohort have arrived in Israel today on the second stop of their international tour.

But things don’t seem to be running smoothly between the President and the First Lady.

Video of the couple arriving at the airport has stunned viewers as it shows Melania clearly slapping away Trump’s hand as he reaches out to hold hers.

You can’t really blame Melania for being angry. Her husband is the worst President in American history, and now her legacy will be being married to him.

Trump has a habit of being rude to Melania in public, and it seems she has decided to return the favor in kind. Stories emerged in February that the President doesn’t like holding Melania’s hand in public because it doesn’t make him look “alpha.”

Trump never spends any time with her or their son Barron. Instead, he’s off revealing state secrets, signing arms deals with dictators and just generally being an awful human being and the worst thing to happen to America since the Great Depression.

Who would want to hold the hand of a man like that?

UPDATE: Here’s the slow-motion close-up of the slap heard around the world.

Watch the embarrassing video below: