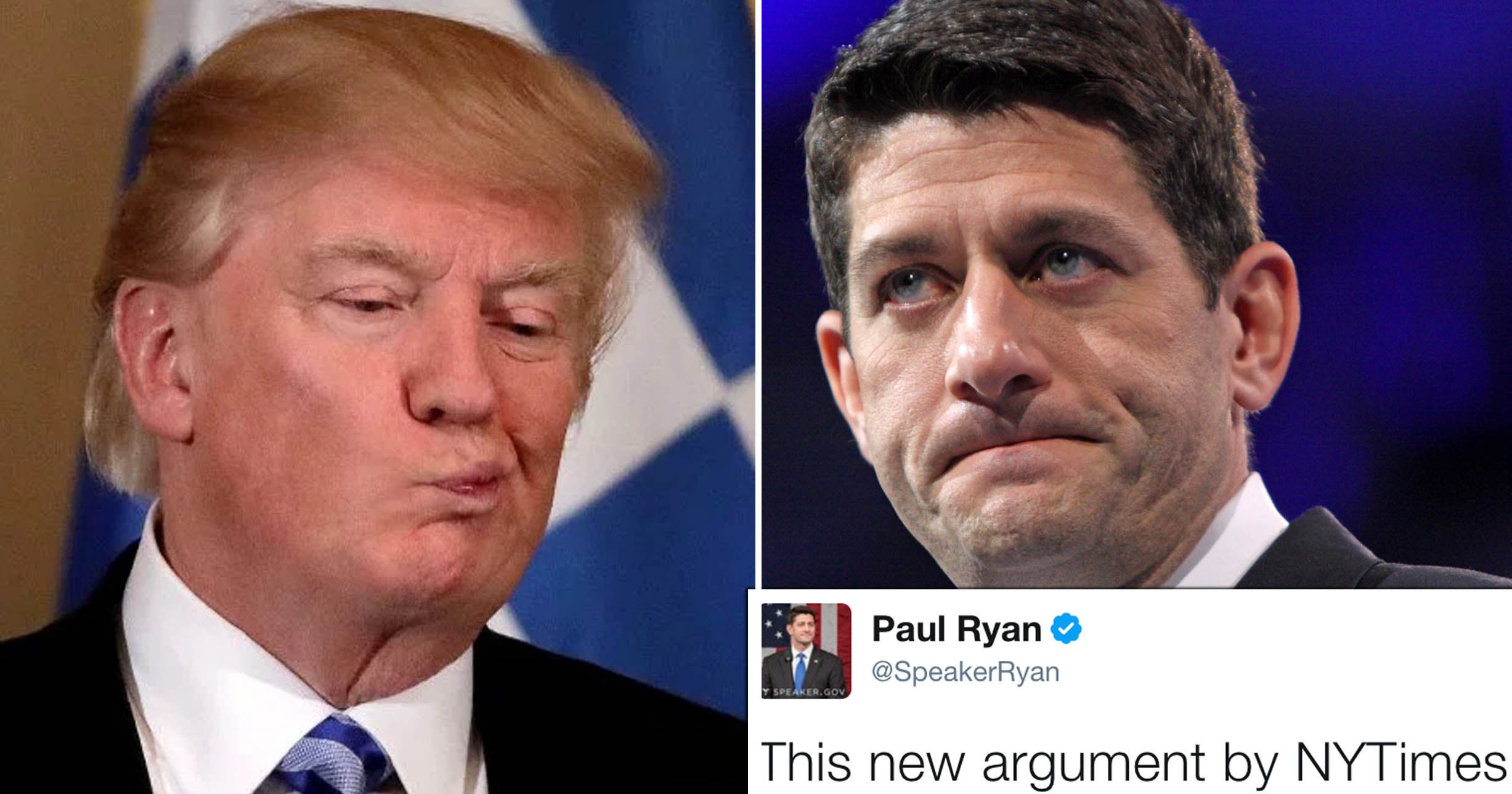 Trump Just Publicly Embarrassed Himself At Presser With Netanyahu

It has become as predictable as the sun rising in the East. When President Trump gets called out, he whines about his mistreatment on Twitter in the wee hours of the morning. The practice has been a constant headache for Speaker of the House Paul Ryan (R-WI) who has made it a policy to refuse comment on the tweets, even claiming not to read them.

Today, it seems, he changed his policy to if you can’t beat them, join them.

Last week, the New York Times published an op-ed that exposed Trumpcare for the “very bad bill” that it is, noting that premiums would skyrocket even as 24 million Americans lost their health coverage.

Ryan could not help emulating our Tweeter-in-chief, firing off two tweets this morning attacking the New York Times:

Unfortunately, the Left is only now calling out that #Obamacare is failing—with an attempt to point the finger at Republicans.

Ryan lacks some of Trump’s juvenile flare, but the brazen dishonesty is on point.

The completely honest and accurate Time op-ed he is criticizing illustrates why Democrats have no interest in distracting from Obamacare. President Obama’s life-saving healthcare law is more popular than it has even been while Trumpcare has an approval ratings of about 17%.

The source of Republicans’ problems isn’t a proclivity for Twitter tantrums but a symptom. Their problem is that when there is no reasonable defense, they are left with unreasonable options.

For Paul Ryan, that means employing the very strategy he most loathes. This may be Congressional Republicans’ latest flagrant act of hypocrisy, but don’t expect it to be the last.