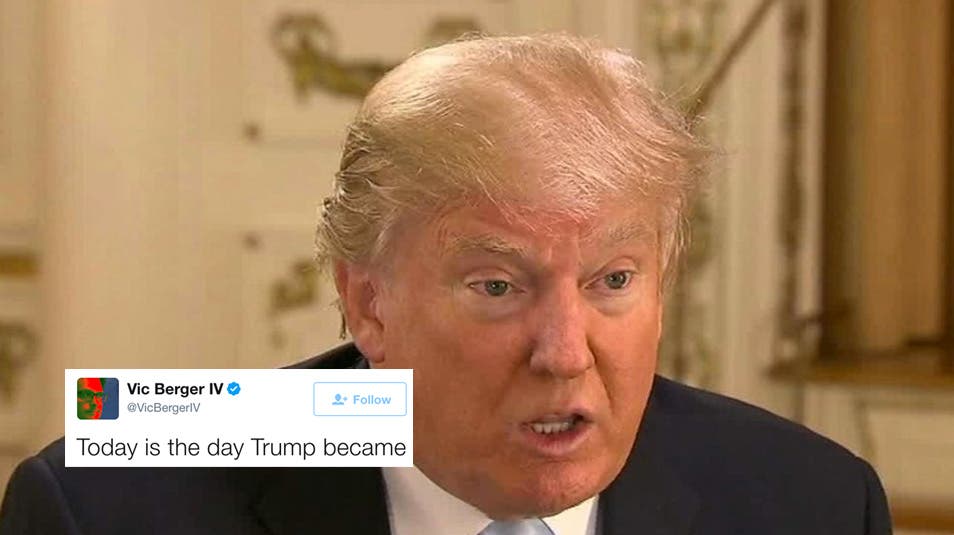 The White House has spent weeks lowering expectations for President Trump’s first foreign trip as the U.S. head of state – and it appears it’s paying-off, at least in the mainstream media.

Most of major news outlets found themselves expressing mild shock that President Trump’s debutante appearance in Saudi Arabia – the first stop on a 9-day, 4-nation tour – went-off mostly without a hitch.  Even news agencies that have been critical of him took pains to note his measured, stately, and mostly gaffe-free performance.

Trump’s xenophobic, misogynistic, Islamaphobic base, however, saw something entirely different. They spent the weekend going absolutely apoplectic on social media over what they viewed as the President selling them out to terrorists.

First, there was the image of Trump bowing to the Saudi King to accept a medal, followed by a dainty curtsey to show gratitude – something he mocked President Obama for doing in 2014.  Roger Stone, the controversial Trump stalwart and regular guest on alt-right conspiracy webcast InforWars, didn’t mince words when he took to Twitter to react:

Stone’s tweet was just the beginning.  Later, the President delivered a much-anticipated speech addressed to the Muslim world, and that’s when the wheels fell-off on the alt-right bandwagon.

The President’s crimes? First, he failed to say the words “Radical Islamic Terrorism” in the speech.  Those three words became a pillar of his campaign, and he shouted them over and over again while criticizing Hillary Clinton for omitting them.  She favored phrases like “radical Islamism” or “radical jihadist terrorism,” and Trump used that to paint her, and Democrats in general, as somehow soft on terror.

The closest Trump came to matching his campaign rhetoric in Sunday’s speech was this comparatively neutered mention of ‘Islamic extremism.’

“That means honestly confronting the crisis of Islamic extremism, and the Islamists and Islamic terror of all kinds. And it means standing together against the murder of innocent Muslims, the oppression of women, the persecution of Jews and the slaughter of Christians,”

Next, and most egregiously for his core supporters, the President referred to Islam as (gasp!) “…one of the world’s great faiths.”

That’s what his supporters were expecting to hear.  Big, bad Trump was supposed to march into Saudi Arabia, home of 15 of the 19 terrorists who hijacked the 4 planes on 9/11, and tell it like it is on Islam and terrorism while standing-up for Christianity and Judaism.

Instead, Trump said, “If these three faiths can join together in cooperation, then peace in this world is possible.”

Apparently putting Islam on par with its two fellow Abrahamic religions is a bridge too far for Trump’s base.  That transgression started a title wave of criticism on, with many even throwing around the alt-right’s favorite derogatory aspersion: Cuck.

A ‘cuck’ is a married man who is so weak and so little respected that other men gleefully sleep with his wife right under his nose.  He’s either too dumb to know it, or too feeble to prevent or do anything about it.

It’s an insult common on the shamelessly misogynistic alt-right.  It’s usually reserved for enemies of the President – namely Liberals, globalists, and critics of America – but its use has recently expanded to people within the President’s inner circle who are suspected of being weak in their support of Trump’s agenda.

Now they’re willingly flinging that title at the President himself.

Here are some of the highlights from the alt-right’s temper tantrum this weekend, as well as some fun egging-on from the left:

Snip of Trump's speech in KSA.
1) Islam does wage war against every other faith.
2) We can see faith of victims – a lot are "kafir." pic.twitter.com/3nb95eT9B8

Why didnt he say Radica Islamic Terrorism? Not once. Says Islam is a great faith – he has been neutered.