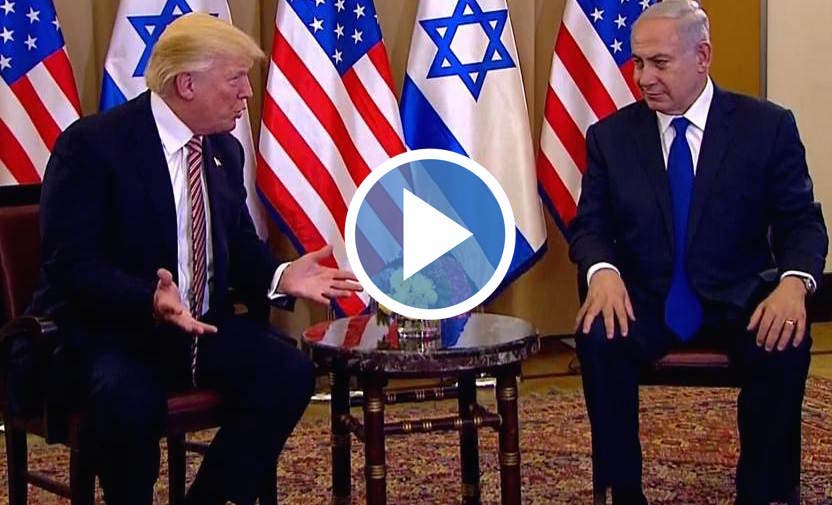 Sitting down today with Prime Minister Benjamin Netanyahu of Israel, Trump made yet another gaffe that caused a stir in a room full of Israeli officials.

While speaking to Netanyahu, in Israel, Trump said, “We just got back from the Middle East.” He was referring to the previous leg of his trip in Saudi Arabia, which, like Israel, is in the Middle East.

The video then focuses on an Israeli official, who is forced to cover his face to keep from laughing upon hearing Trump’s inane statement. Perhaps the American President should know that our biggest Middle Eastern ally is, indeed, located in the Middle East.

This is not Trump’s only glaring error since his trip began. While in Israel, the President also spoke out about passing highly-classified information to the Russians in an exclusive and controversial Oval Office meeting, claiming that he “never said it was Israeli” intelligence. In doing so, Trump not only affirmed that he did pass classified information to an adversarial foreign power, but affirmed that the information was, in fact, Israeli intelligence.

The embarrassing misstep is only the latest example of Trump’s unpreparedness to take office, and a testament to his lack of basic civics and geography. As Trump continues to parade around the world and spew his empty rhetoric, he only further embarrasses himself and misrepresents the United States with each passing day.