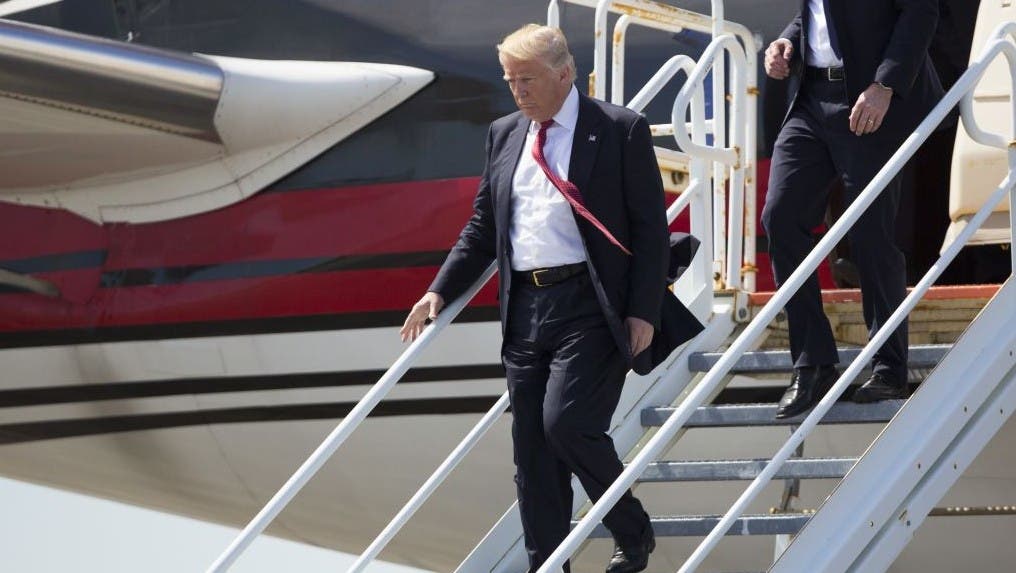 Trump has chosen the Middle East as his first foreign destination as president, stomping ignorantly headfirst into one of the most complex, contentious regions in the world. For a man like Trump – uninterested in history, nuance, or culture – the visit promised to be a minefield of gaffes. There were more than a couple.

It should also come as little surprise that Trump spent most of his time engaging in pointless photo ops and avoiding any substantive diplomacy. Trump previously stated with utter idiocy that solving the Arab-Israeli conflict is “maybe not as difficult as people have thought over the years.” Decades of failed negotiations overseen by far more competent presidents would seem to indicate otherwise.

Ironically, Trump has already managed to bring Israelis and Palestinians together in agreement on one thing: their mutual dislike for Donald J. Trump.

Massive protests are being held by Palestinians in the West Bank in reaction to Trump’s visit to Israel. Israelis held their own protests in Jerusalem chanting, “Trump go home.”

Both groups are united in their dislike for a man who regularly engages in violent, xenophobic rhetoric. To the Israelis, he represents the worst possible brand of right-wing politics, and his tacit support for hardliner Prime Minister Netanyahu is viewed as a major roadblock to peace in the region. They don’t want Trump’s hands involved in the running of their country, and they’re making it known.

To the Palestinians, Trump is an Islamaphobic tyrant. Their planned protests tomorrow are being referred to as the “Day of Rage.” They’ll be greeting  Trump with the anger he so richly deserves when he arrives in the occupied Palestinian territory tomorrow.

Palestinians are also upset with Trump’s choice of ambassador to Israel. The appointee, David Friedman, is an avowed supporter of Israeli settlement policies. The settlements are Israeli communities scattered throughout what is internationally recognized as Palestinian territory. Most major countries consider them illegal, and they’re one of the biggest points of contention between Palestine and Israel.

Trump doesn’t understand either group, but he will leave with one important takeaway. Whatever their differences, the people of Israel and Palestine despise him.