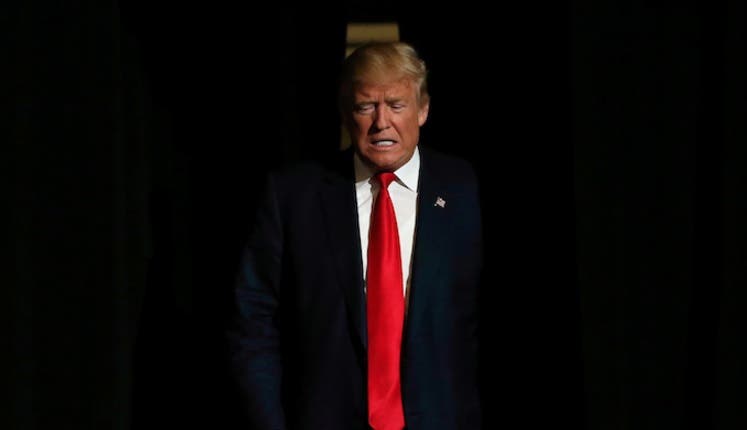 The Democratic Party just scored its first win of 2017 – and what a victory it was. A harbinger of the tidal wave of change our nation needs to see, Edie DesMarais has just won a State Representative seat in deep-red Wolfeboro, New Hampshire. 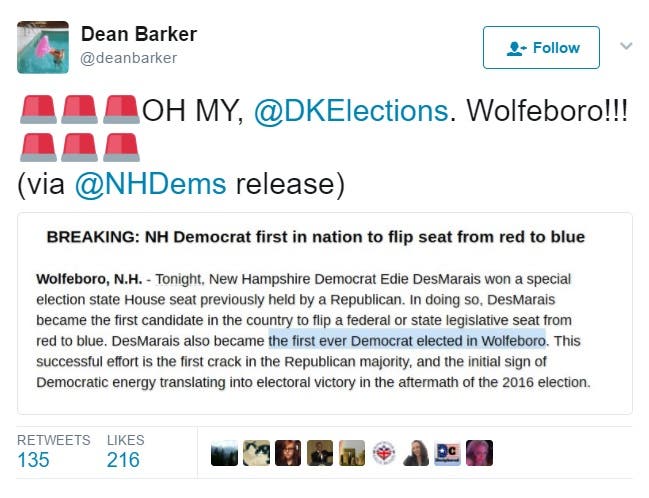 Trump won the district 51-44, but in the space of just a few months, the people of Carroll County have decided to go a different route, electing a Democrat for the first time ever.

It would appear that President Trump’s utter disregard for his duties of office and the Republican Party’s slavish devotion to his petty tyrannies are leaving American voters with a taste of buyer’s remorse.

This trend is playing out across the nation. Kansas’ special election just saw a very narrow defeat for the Democratic candidate. The polls in Montana’s special election are growing worryingly close for the Republican candidate, who is resorting to dirty tricks to try to eke out an advantage as his Koch backers pour in dark money. Democrat John Ossoff in Georgia is holding his own against Republican Karen Handel despite Trump’s half-hearted efforts to prop her up.

The sweet taste of their November 2016 victory is already turning to ash in the mouths of Republicans. Done in by their own arrogance, they thought they could openly abandon their duty to their constituents, aid and abet treason in the nation’s highest office, and dedicate themselves to serving their true masters on Wall Street – but they’re about to find out the hard way that a reckoning is coming for them.

In case you were wondering just how Republican this district is…