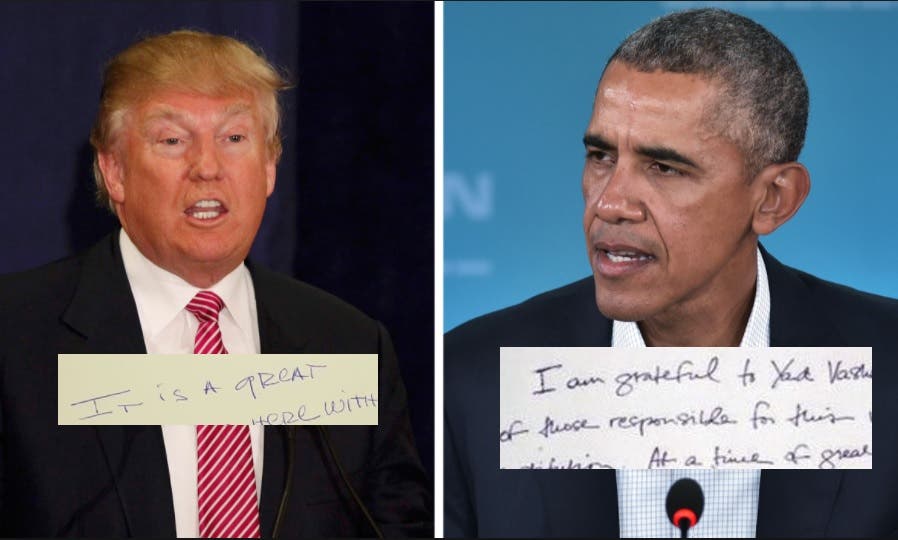 Melania Just Humiliated Trump By Rejecting Him In Public AGAIN

President Trump concluded his Israel trip today with a visit to Yad Vashem, the Israeli museum dedicated to honoring the six million Jewish victims of Nazi genocide in the Holocaust, as is customary for visiting heads of state.

Like his predecessors before him, Trump was expected to leave a meaningful note in the guestbook, expressing his reflections and his condolences for those that were slaughtered by the Nazi regime; perhaps some introspective words about his own popularity among anti-Semites and how facing the visceral suffering that those sentiments has truly reached him on an emotional level.

But it appears that is too much to expect from Trump, who signed it as an eight-year-old might sign a birthday card. 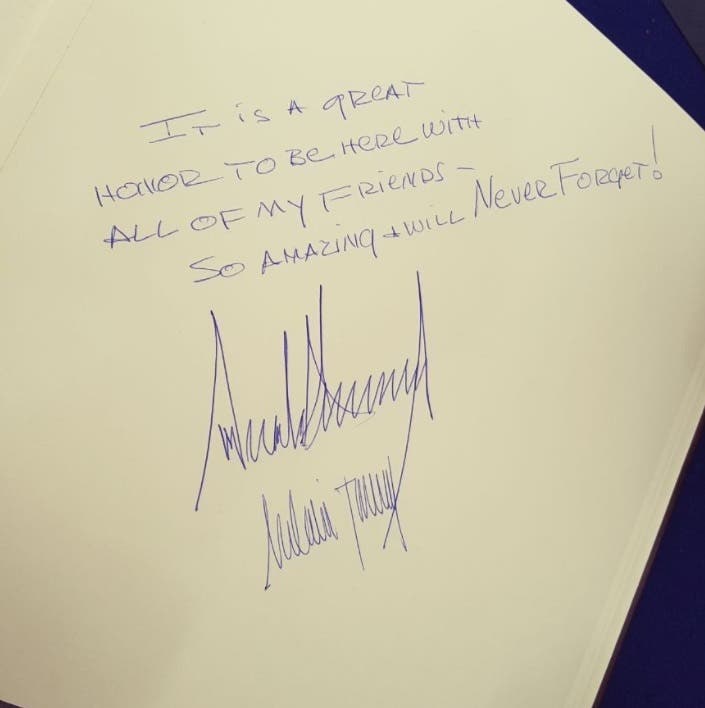 Compare this to the notes left by leaders like President Barack Obama and Hillary Clinton: 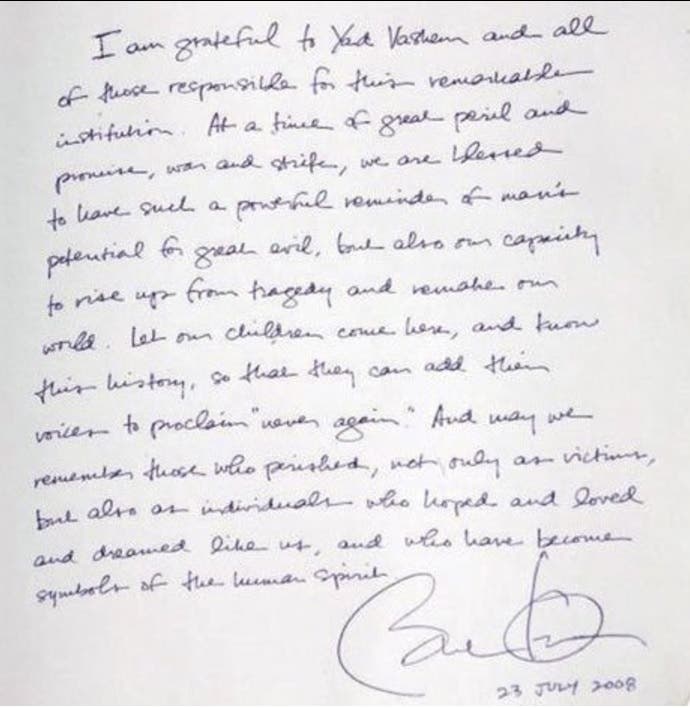 The difference couldn’t be more obvious. What kind of numbskulled dolt would end his visit to a museum honoring the victims of genocide by signing it like a teenager signs his highschool yearbook?

The tone-deafness is just mind-blowing – and it reinforces the long-standing perception that Donald Trump, for all his protestations to the contrary, actually doesn’t care for Israel or the Jewish people at all.

When Trump was asked to condemn the hundreds anti-Semitic bomb threats being made against Jewish community centers early in his presidency he discussed his electoral college victory, shouted down a Jewish reporter, and then proclaimed he was the “least anti-Semitic person ever.”

When the Anne Frank Center for Mutual Respect criticized him over his failure to properly address the issue, Trump sent out Sean Spicer to tell Director Goldstein that he should be “praising” Trump for his “leadership.”

On International Holocaust Day in January, the White House specifically refused to mention the Jewish victims in his address and Trump took neo-Nazis and white supremacists off terror watch lists.

Press Secretary Sean Spicer recently found himself in hot water for dabbling in Holocaust denial himself.

The handing of top-secret Israeli intelligence over to his Russian taskmasters last week was just an insult on top of a long list of injury.

Trump has wasted too many chances to atone himself, has humiliated himself at too many instances where respect for others was demanded. We have to stop pretending that he gives one iota of consideration to anyone not named Trump.