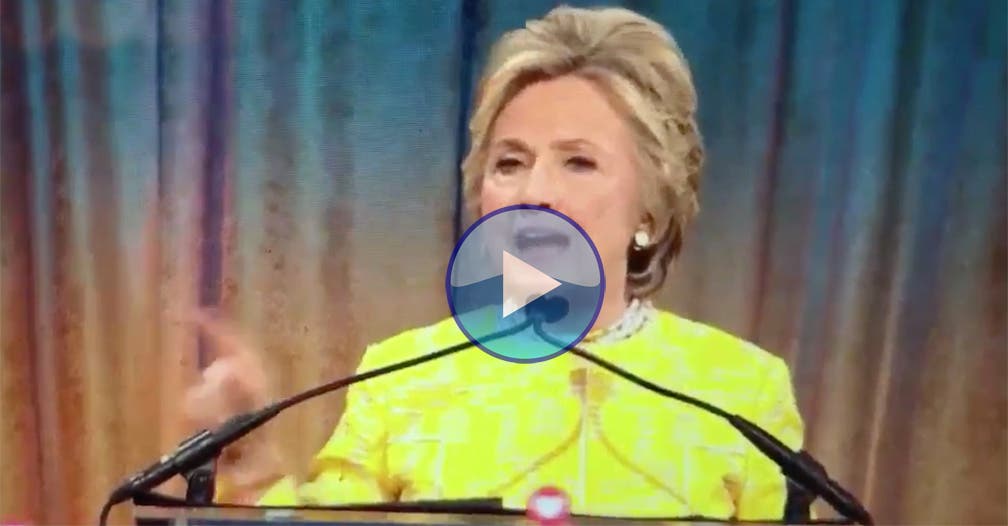 Trump Decided Not To Fire His Nazi Advisor. He Just Did Something Worse Instead

If President Donald Trump thought he’d seen the last of Hillary Clinton after his electoral college victory in the 2016 presidential election secured the White House for him, he was badly mistaken.

After a brief post-election hiatus, the former Secretary of State has been making frequent appearances in public and on social media, and she appears as determined as ever to be a constant thorn in Trump’s side for as long as he’s in the Oval Office.

Speaking to an audience at the Children’s Health Fund’s 30th Anniversary Benefit Tuesday night, Secretary Clinton didn’t hold back in her scathing critique of the President’s plans to gut healthcare and slash federal programs that benefit millions of children.

Some of the highlights from her speech:

“This administration is mounting an onslaught against the needs of children, people with disabilities, women and seniors.”

“This is how ideologues justify punishing the sick and the poor.  Poverty is neither a crime, nor a character flaw. Stigmatize those who let people die, not those who struggle to live.”

“We’ve made progress. I’m proud of that. But still, more than 31 million children live at or near poverty in our country.”

You can view her speech in its entirety below.