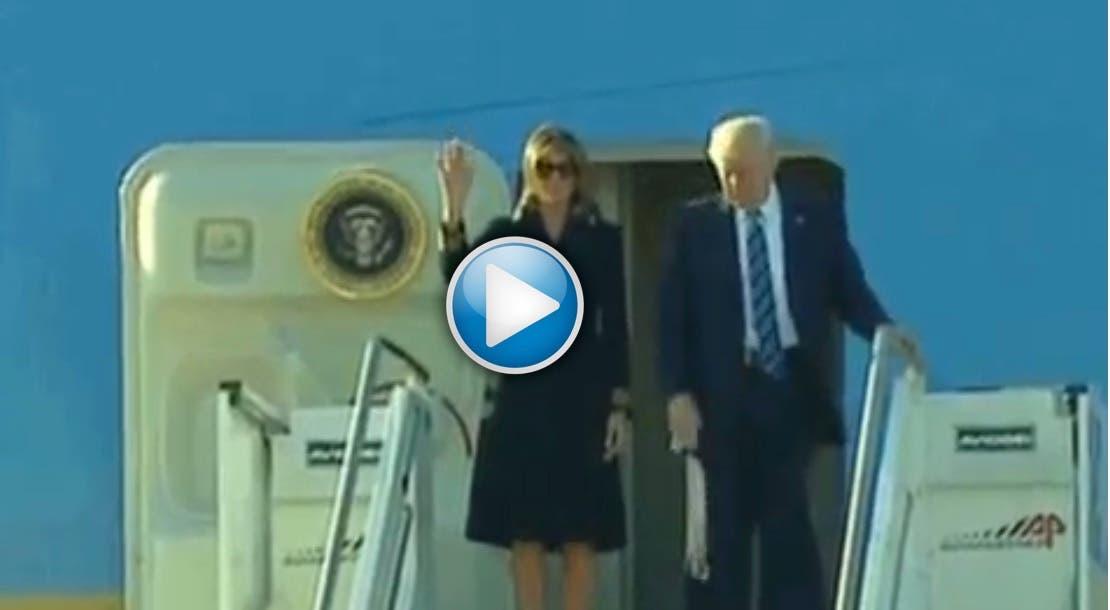 First Lady Melania Trump has ceased even pretending to like her despicable husband. The philandering misogynist treats her as little more than a prop, walking ahead of her at events, ignoring her, and smugly treating her as less than an equal. Finally, Melania has had enough.

When the married couple arrived in Israel for a state visit yesterday, Melania humiliated Trump by refusing to hold his hand in front of cameras.

Today, Melania repeated the repudiation, once again swatting away Donald’s hand in front of cameras as they deplaned in Rome. It’s now a trend.

Clearly, the world’s most famous couple is experiencing more than a little bit of marital strife. Previous presidents and their wives were always caring and affectionate towards each other in public. Whatever problems they may have had behind closed doors, they knew they had to present a unified front to the world.

Is it Trump’s boorish personality that’s finally driven her insane? Or perhaps his tiny, piggish hands are preternaturally sweaty? Whatever the case, this latest display of public disapproval is certain to infuriate Trump, and set the internet afire with Melania handholding jokes.