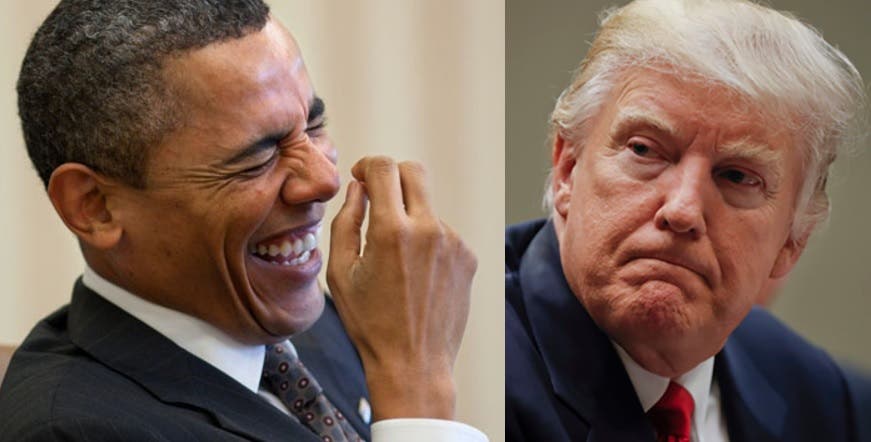 On Trump’s “big foreign trip,” he has so far been twice rejected by his wife Melania when he made an effort to hold her hand in what we can only assume to be a hollow show for the cameras, since he’s gone out of his way to disrespect her when in the United States:

One can hardly blame her for wishing to avoid any physical interaction with the digitally deficient would-be despot, but it is a sharp reminder of the difference between this First Couple and the last.

President Obama’s genuine love for his wife Michelle was obvious to any onlooker; while we cannot speak to their private life, in public, he is the epitome of gentlemen and a devoted husband.

President Obama’s photographer, Pete Souza, took to Instagram to troll the Trumps with this beautiful image of the Obamas sharing a tender moment – with the caption “Holding Hands” to really drive home the masterful troll job:

The difference couldn’t be more clear, and it is a painful reminder of how deeply we miss the grace and goodness of the Obamas.