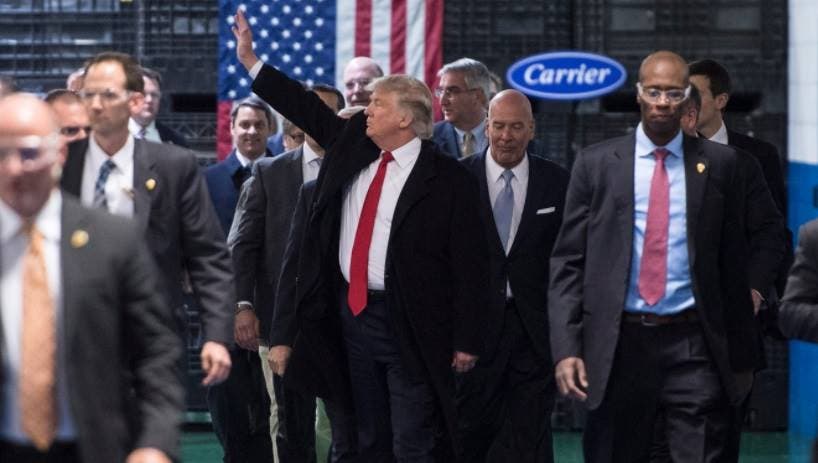 Obama And Trump Just Responded To The Manchester Attack. The Difference Is Embarrassing

Donald Trump is a man who had the world handed to him gift-wrapped at birth. He’s never had to do a real day of work in his life, content to coast off his daddy’s money. It’s one of the great ironies of his campaign then that he managed to sell himself as a champion for workers, a man who would bring back jobs to the struggling coal and manufacturing industries.

One of Donald Trump’s most publicized boasts was that he’d be able to save most of the American jobs at Carrier, an air-conditioning and refrigeration company. In usual Trump fashion, he was short on details and big on ego, talking about how he’d make a “great deal.” Back in December, Trump announced that he had negotiated a deal with Carrier’s parent company and that he was personally responsible for at least 1,100 American jobs being saved.

In a crushing blow to American workers and a major PR hit for Trump, Raw Story reports that the Carrier corporation will be firing 632 workers in Indianapolis and migrating those jobs to Mexico.

Another signature Trump campaign promise has crumbled, taking with it the livelihoods of hundreds of Americans. Trump put no effort into fulfilling his obligations to those who voted for him. He never had any plan to. His modus operandi is to make sweeping claims, then quickly move on before anyone can ask him to actually follow through.

Back in December, when Trump took credit for saving Carrier, many were skeptical. Immediately after his boasts, Trump was exposed as a fraud by Carrier union leaders. In addition to claiming responsibility for saving many jobs that were never slated to leave in the first place, Trump had also failed to mention – even though he was aware – that 550 jobs were headed to Mexico.

“Trump and Pence, they pulled a dog and pony show on the numbers. I almost threw up in my mouth,” said Chuck Jones, one of Carrier’s union leaders. After outing Trump’s lie, he was harassed by the president on Twitter and also received threatening phone calls.

Raw Story reached out to Jones today to ask about the layoffs and Trump. “I didn’t trust Trump when he was running, playing on working-class hopes. This guy who has businesses in other countries and wraps himself in the American flag,” Jones said.

He went on to lament the fact that so many people had fallen for Trump’s lies, “Sad thing is people bought into it then, when he was a candidate. Some working-class people still buy into it. They’re fucking stupid. Trump is the Titanic. The greatest ship ever and it fucking sunk. He said he’s going to save this country and if he keeps going like he has, he’s going to sink the country.” 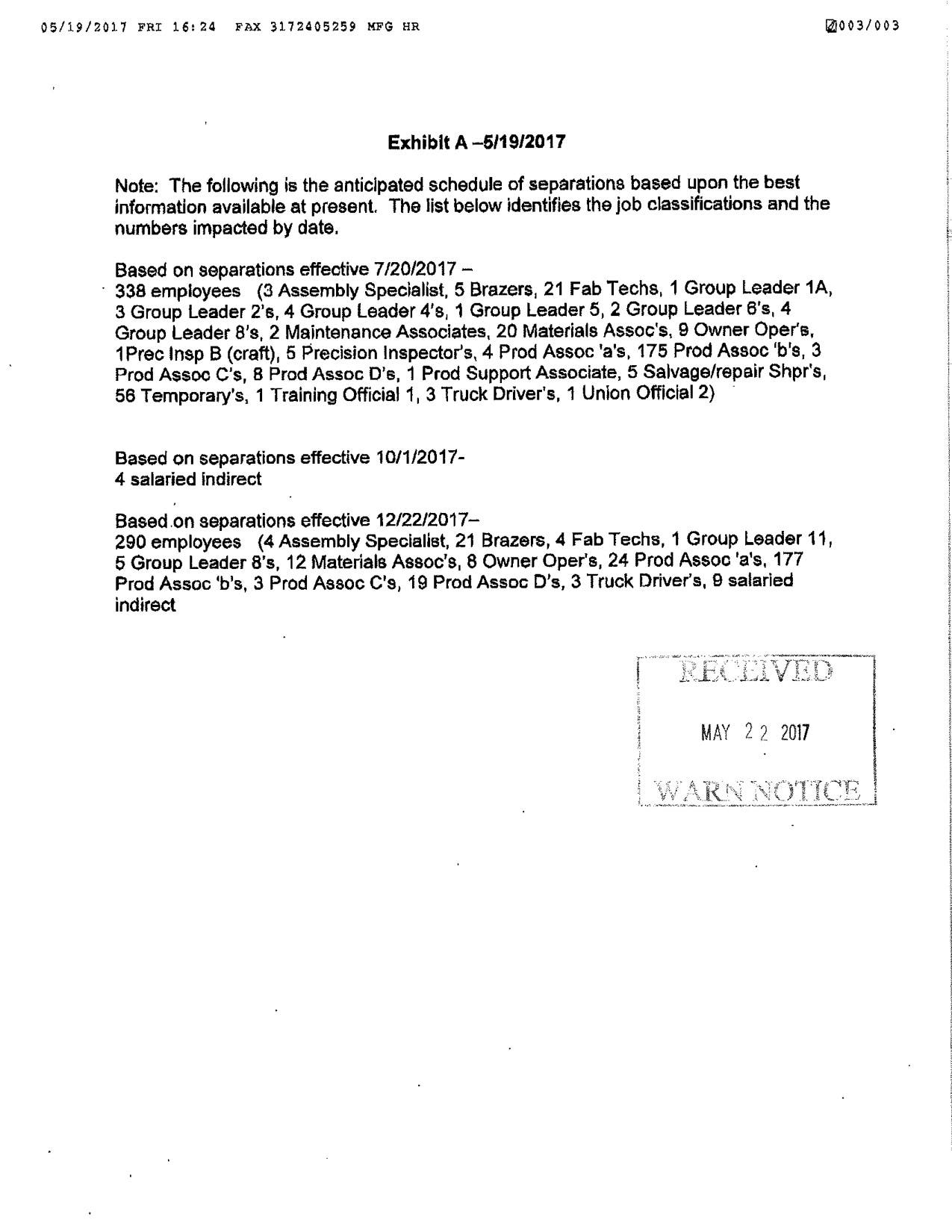 The news is terrible for these hardworking Americans and their families. Unfortunately, they’re only the latest victims of Trump’s outsized mendacity. They weren’t the first, and they won’t be the last. Economic solutions will never come from hucksters like Trump.

Manufacturing jobs are going to continue to move from country to country as we move towards a more and more globally integrated economy. Robotic automation will also play a huge part in the disappearance of these kinds of jobs. The best solution going forward is adult education and training displaced workers to move into new and emerging fields. It’s not an easy solution, nor a pretty one, but to pretend that there is any other option is to do a grave disserve to these men and women who simply want to contribute to society and support their families.

Robert James, a worker at Carrier and upcoming union leader succinctly laid out the harsh reality: “I don’t think Trump cares about workers.”