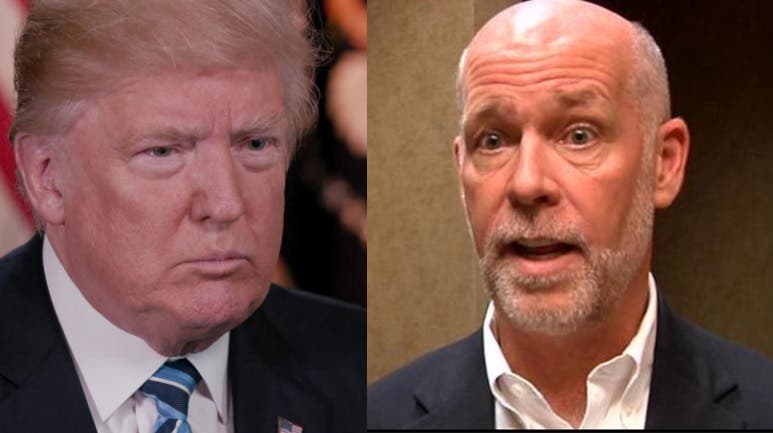 A Republican Just Body-Slammed A Reporter. This Democrat’s Response Is Epic

But there’s another reason he was so furious at this particular reporter – Jacobs exposed his financial ties to Russian businesses under sanction by the US government.

He discovered that Gianforte owns a quarter of a million dollars in Russian index funds – $150,000 worth of shares in VanEck Vectors Russia ETF and $92,400 IShares MSCF Russia ETF Fund. Those indexes have significant holdings in the Russian oil giants Gazprom and Rosneft.

Those indexes have significant holdings in the Russian oil giants Gazprom and Rosneft, which are controlled by Russian oligarchs closely tied to Russian dictator Vladimir Putin and were placed under sanction in 2014 following the Russian annexation of the Crimea.

Rosneft is also believed to have funneled half a million dollars in Russian oil money to President Trump’s inaugural committee through its subsidiary corporation, Venezuela’s Citgo.

Gianforte has promised to put his investments in a “blind trust” should he win the election, but considering the President and his children’s flagrant disregard for anything resembling ethical behavior, it’s doubtful that Gianforte will feel any pressure to properly divest himself.

And it just so happens that President Trump has taken a personal interest in this election, sending his son Donald Trump Jr. to personally campaign for Gianforte, making stops in Kalispell, Hamilton, Billings, and Bozeman – as well as taking an Earth Day trip to slaughter adorable prairie dogs with high-powered weaponry.

It may just be coincidence, but given the ongoing investigations into President Trump’s potentially treasonous collusion with agents of the Russian Federation during the 2016 election campaign, it would behoove us to be wary of Republicans with financial ties to Vladimir Putin and the Kremlin.