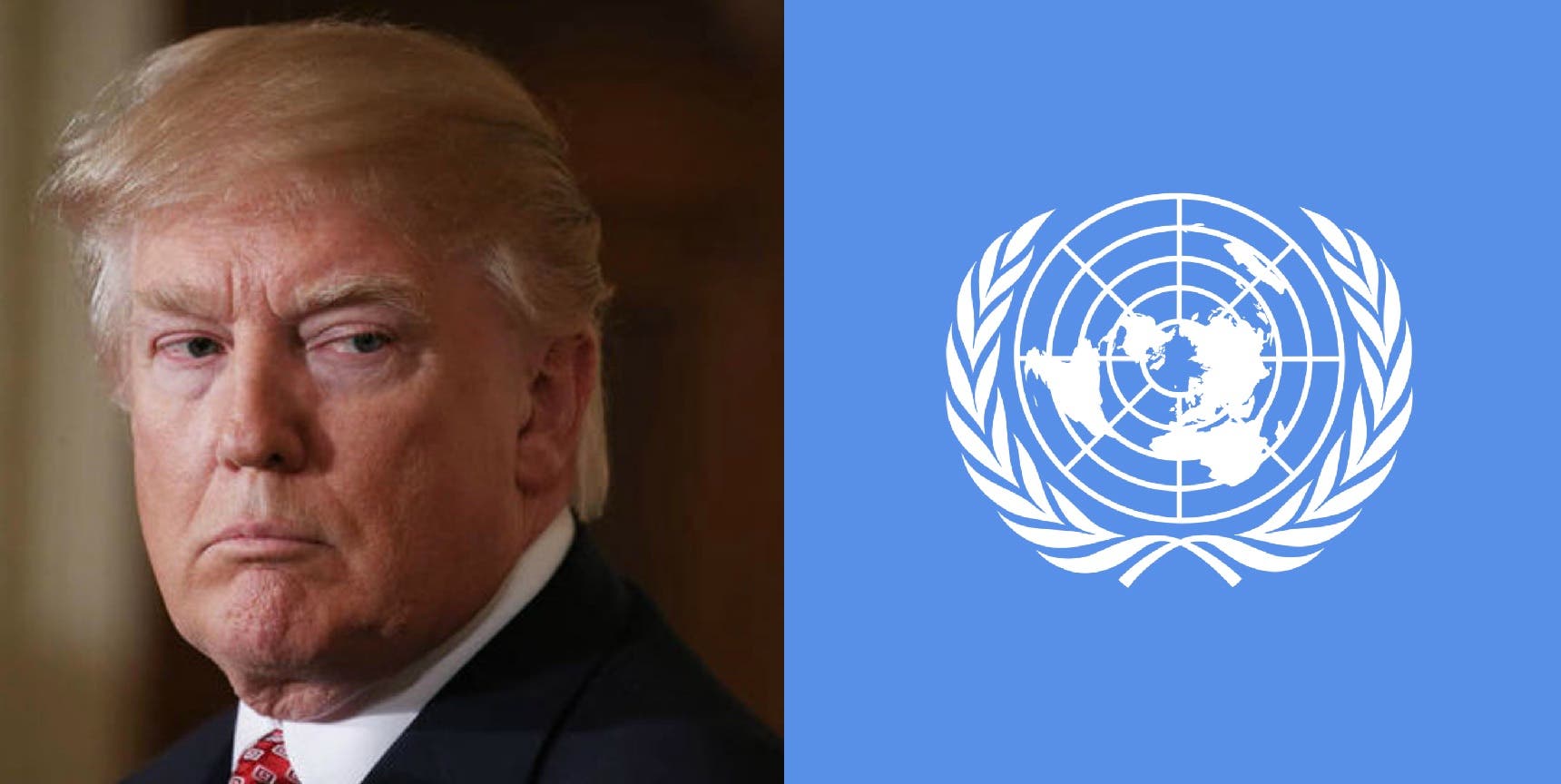 For supposedly being a “great businessman” Trump has been having a lot of trouble with numbers lately. It was just revealed that his budget has a $2 trillion math error in it. Not surprisingly, the budget is proving exceptionally unpopular, as both Democrats and Republicans are already rejecting the ill-conceived monstrosity. Now, Reuters reports the international community is stepping into the fray.

The United Nations just stated that Trump’s proposed budget – which cuts American funding to the organization by one-third –  would prevent the UN from operating properly.

“The figures presented would simply make it impossible for the U.N. to continue all of its essential work advancing peace, development, human rights, and humanitarian assistance,” said a spokesperson for the organization.

It’s estimated that currently, the U.S. pays 22% of the UN’s budget. This outsized share isn’t without benefits, however, as is gives the U.S. a very strong say in UN policy and allows the U.S. to exert a positive influence on foreign countries worldwide. Furthermore, the percentages are agreed upon by member nations and are largely based on each country’s economic output.

In addition to the cuts to the core budget of the UN, Trump is also calling for a $710 million decrease in American support for the separate UN international peacekeeping account. Such a cut would hamper, if not completely destroy the UN’s ability to alleviate hardship and prevent bloodshed worldwide. Many of these operations are deployed in war-torn African nations and go a long way towards providing relief and safety to the troubled regions.

Trump has repeatedly criticized the UN in the past, as well as NATO. International organizations working to do global good seem to be a favorite target of his. Hopefully, for the sake of Americans as well as foreigners, the budget fails to pass.