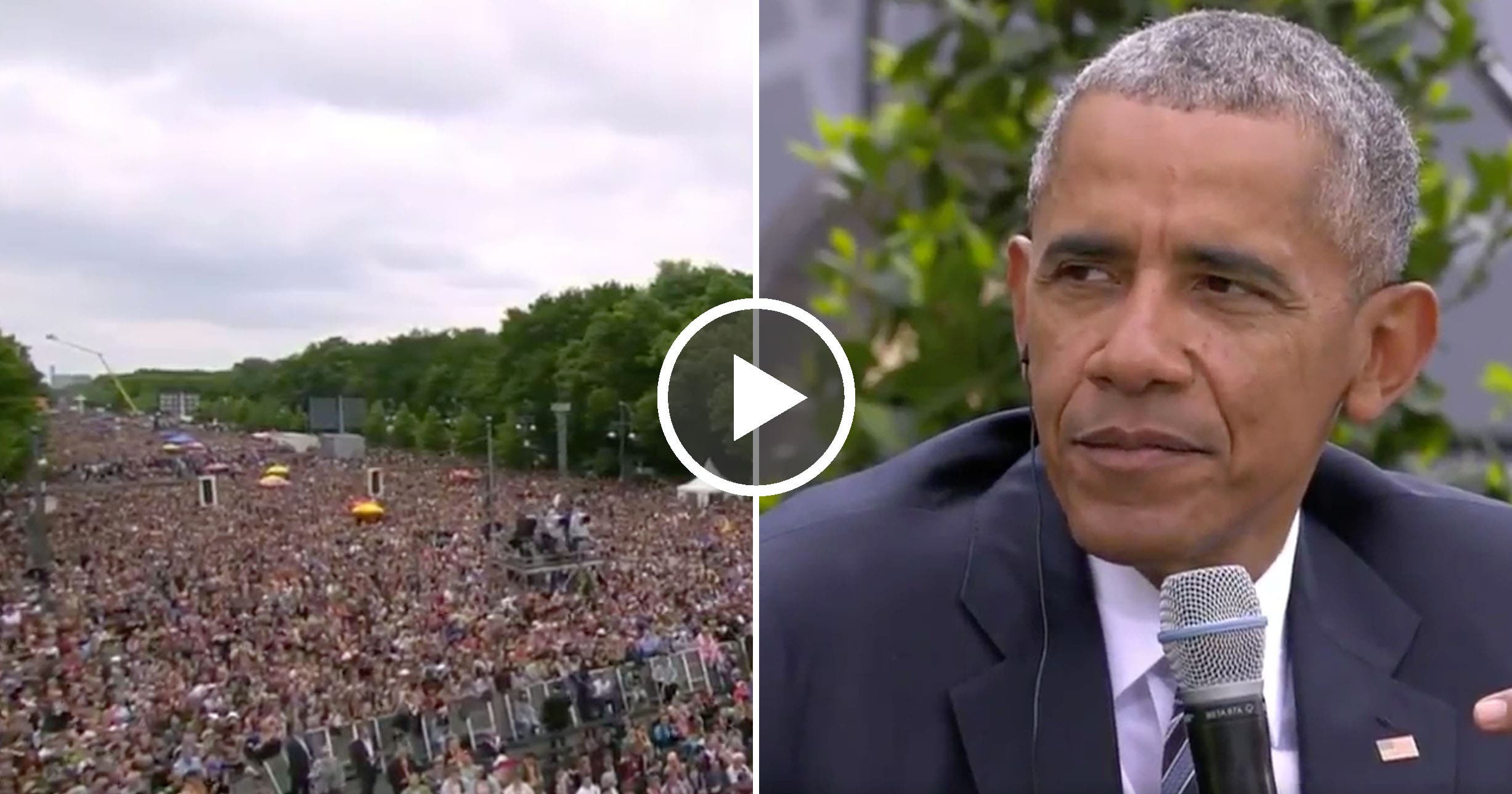 Just hours before German Chancellor Angela Merkel is scheduled to take part in a NATO photo-op with world leaders, including President Trump, she sat for a public conversation with President Barack Obama before tens of thousands of spectators at Berlin’s Brandenburg Gate (Video highlights below).

The contrast could not be more stark.

On his first overseas trip as President, Trump seemed to give his OK to Saudi Arabian human rights violations, praised a murderous tyrant, and locked the US press out of his media events. These came on top of the many humiliating but comparatively trivial episodes along the way.

But nothing casts so harsh a light on Trump’s ineptitude as the thoughtful eloquence of the man he succeeded. Barack Obama spoke to Angela Merkel about faith, equality, compassion, and democracy. He also spoke of his successes and disappointments in reforming America’s healthcare system and about the need to care for others as ourselves.

While President Obama is among the most gifted orators of his generation, the real differences between presidents 44 and 45 lay not in the way they express their thoughts but in the thoughts they express. It is clear that Obama remains driven by the lives of regular people in the United States and around the world, while Trump obsesses over his own crowd sizes and electoral maps.

There is a bittersweetness to Obama’s words now. He is the embodiment of what we as a nation have given up but also a reminder that anything is still possible.

Barack Obama continues to inspire hope like few others can.