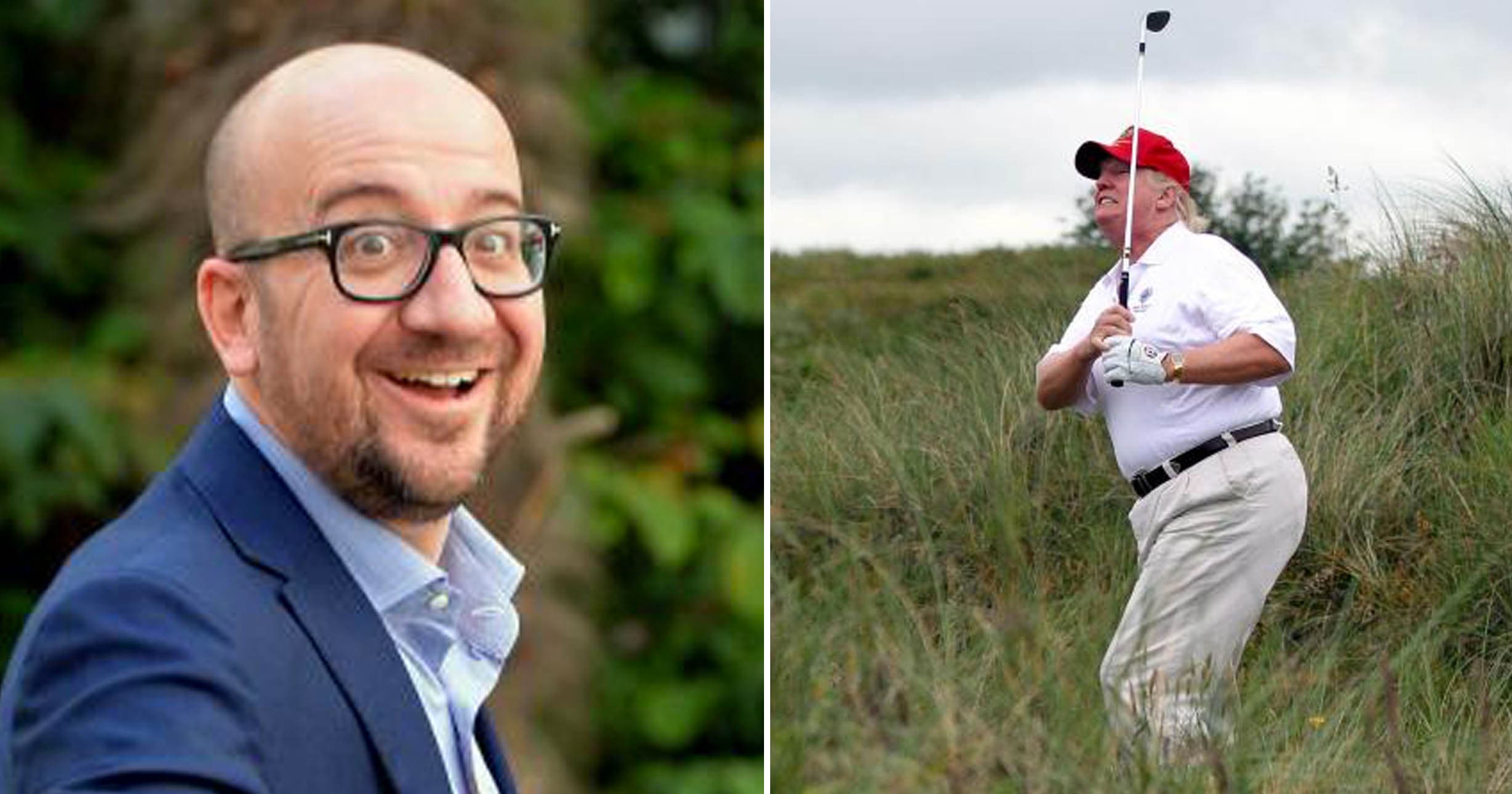 Yesterday, after antagonizing America’s strongest European allies, President Trump sat down for a meeting with Belgian Prime Minister Charles Michel and confessed his big complaint with the continent. He has struggled to build golf resorts there.

The Guardian reports multiple sources revealed that Trump’s antagonism to the European Union (EU) stems from his struggles “trying to set up businesses, notably golf resorts, on the continent.”

Shortly before he literally tossed his hat into the political arena, Trump threw a notorious tantrum when he learned of plans to build off-shore windmills within sight of the Trump International Golf Links in Scotland. Trump rallied politicians, scrapped a Scottish project and built a resort in Ireland out of spite, and ultimately lost a Supreme Court case in a last ditch effort to block the clean power project.

Always one to hold a grudge, Trump is not letting the experience go. “He made a lot of references to his personal journey,” a source told Beligum’s Le Soir newspaper. “He explained, for example, the functioning of Europe on the basis of his difficulties in doing business in Ireland.”

Another source, seemed baffled by the exchange with Belgium’s leader:

“Every time we talk about a country, he remembered the things he had done. Scotland? He said he had opened a club. Ireland? He said it took him two and a half years to get a license and that did not give him a very good image of the European Union. One feels that he wants a system where everything can be realized very quickly and without formalities.”

The meeting was not exclusively focused on golf resorts. Sources confirm that the President of the United States also spoke at length about the quality of Belgian chocolates. “They are the best,” Trump said, showing off his knowledge of foreign affairs.

In business, while it may not be wise, it is acceptable to shut out an entity because of a grudge. In global affairs, among other serious consequences, this can lead to war. Perhaps that’s why we should all think twice before jumping at the opportunity to have our countries run like businesses. And if we do choose the corporate route, we would be wise to at least consider a more savvy and successful businessman.