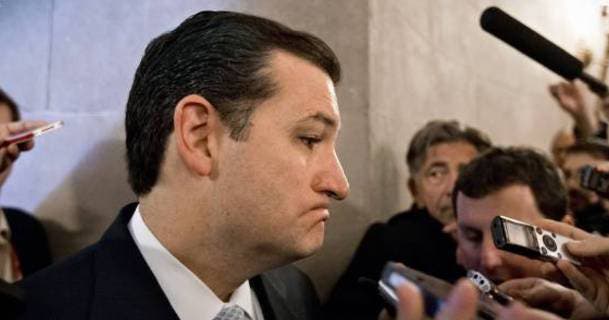 In a rare unanimous decision, the Federal Elections Commission (FEC) agreed that Senator Ted Cruz (R-TX) violated federal election law in his lone campaign for Senate in 2012. The FEC has yet to disclose what if any penalty Cruz will face.

The FEC determined that Cruz improperly dealt with $1.1 million in campaign loans from Goldman Sachs and Citigroup, which he had claimed as his own money.

Election law allows candidates to provide personal resources to their campaigns and take out loans without limit so long as they are properly disclosed. Facing a tough primary battle, Cruz boasted that his commitment was such that he would liquidate his personal assets to fund his campaign, but questions arose when auditors found Cruz’s personal contribution far exceeded the value of the assets he had sold.

While Cruz did put about $300,000 of his own money into the campaign, the FEC found that he concealed bank loans of more than $1 million, which the voters had a legal right to know about.

A spokesperson for the Cruz campaign dismissed the crimes as an “inadvertent” mistake, but this fits a disturbing pattern of high-ranking Republican officials who wailed about Hillary Clinton’s legal handling of emails while breaking the law to get elected.

This may seem like a textbook case of hypocrisy — a lawmaker showing brazen contempt for the laws he deems inconvenient — but this is a man who shut down the government right after taking office. In reality, Ted Cruz has shown remarkable consistency in his disdain for our laws and disrespect for the people they are in place to protect.

Those people would be wise to replace him in next year’s Congressional Elections.