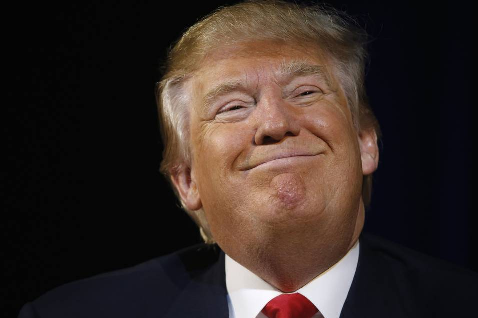 This Writer Just Roasted Trump For Blocking Her On Twitter

President Donald Trump’s state visit to NATO still has world leaders reeling. The U.S. President not only chastised allies for failing to improve their defence spending (which is untrue), but also failed to verbally endorse Article 5 of the NATO convention, which is arguably the most important tenet of the alliance.

Now a former U.S. NATO envoy has said this could spell the end of U.S. leadership abroad.

“This seems to be the end of an era, one in which the United States led and Europe followed.

The president’s failure to endorse Article 5 in a speech at NATO headquarters, his continued lambasting of Germany and other allies on trade, his apparent decision to walk away from the Paris climate agreement – all suggest that the United States is less interested in leading globally than has been the case for the lat 70 years.

Today, the United States is heading into a direction on key issues that seems diametrically opposite of where Europe is heading. Merkel’s comments are an acknowledgment of that new reality.

This is ‘America first’ — a policy focused on narrow self-interest — and abandons the idea that the best way to enhance our security and prosperity is by having strong allies and leading globally in pursuit of common values and interests.”

Daalder is, of course, referring to German Chancellor Angela Merkel’s speech yesterday, during which she admitted (albeit indirectly), that Germany and Europe can no longer rely on the United States for support.

“We have to know that we must fight for our future on our own, for our destiny as Europeans,” Ms. Merkel said. Merkel added that traditional alliances were no longer as steadfast as they once were, and that Europe ought to “really take our fate into our own hands.”

This has all been Trump’s doing. If the President were not so belligerent and had merely an ounce of tact, or an iota of diplomatic know-how, he would realize that chastising your allies is not the way forward.

The United States has now essentially given up on global leadership due to the machinations of an orange man-child who wants to put “America First” every step of the way, forgetting that diplomacy is a two-way street.

At the end of the day, Europe may have relied rather heavily on the United States for defence, but this is the first time that a U.S. President has complained about being given permission to build bases and station thousands of troops on foreign soil for our own diplomatic interests.

And let’s not forget that, by relying on us instead of another superpower, or even themselves, Europe has enabled the United States to keep Russia in check and ensure our own status as the global hegemon.

And who will replace us? Russia? China? It would be the ultimate irony if Donald Trump’s Presidency ensured the great decline of the United States on the world stage. Let’s hope it doesn’t happen.