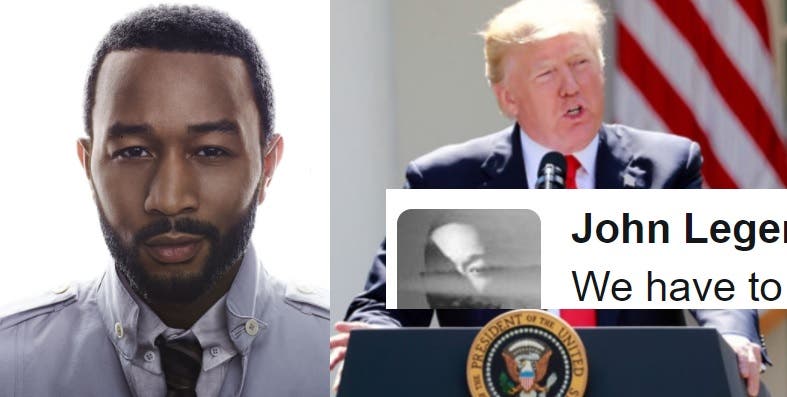 Hurricane Season Just Began. The Trump Administration Has Done Nothing To Prepare

President Trump just announced his decision to withdraw our nation from the Paris Agreement, the international effort to combat the effects of man-made climate change signed by every other nation in the world but two.

Those nations are Nicaragua, which refused to sign the deal because it felt it was too lenient, and Syria, which is currently in the midst of a six-year civil war and is not in any position to do anything about climate change.

The effects of withdrawal from the treaty will be devastating for the world. The United States is the second largest emitter of greenhouse gases in the world; combined with China, we account for 40% of all greenhouse gas emissions.

We have to stop this asshole. This is urgent. You have to vote in 2018.

He’s absolutely right. If Democrats can retake Congress in 2018, perhaps we can do something to mitigate or delay the withdrawal from the Paris deal – and any delay at all could be crucial.

Yesterday, the President of the EU, Jean-Claude Juncker, explained in no uncertain terms that Trump can’t just “withdraw” from the treaty.

“The Americans can’t just leave the Climate Protection Agreement. Mr. Trump believes that because he doesn’t get close enough to the dossiers to fully understand them. It would take three to four years after the agreement came into force in November 2016 to leave the agreement. So this notion, ‘I am Trump, I am American, America First and I’m going to get out of it’ – that won’t happen.”

While Trump has decided to test him on that assertion, it turns out that the day that the US will finally withdraw from the treaty will be November 4th, 2020.

There’s a lot of work to be done before now and then – but all hope is not lost.