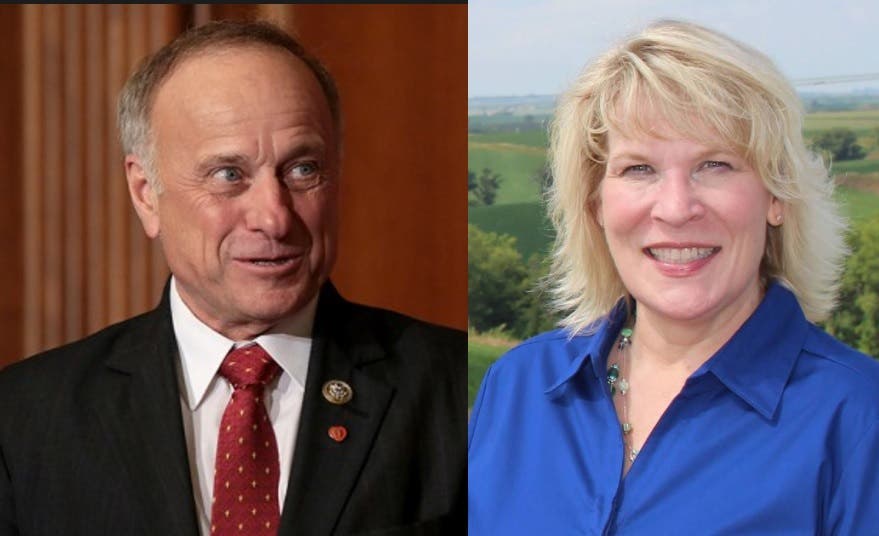 In an increasingly violent and hostile American political landscape, the very heart of our democracy is under threat. Just days after a journalist was assaulted by a Republican candidate and a man stabbed three people for defending Muslim bystanders from his hateful abuse, we now learn that a Democratic candidate running against one of the House’s top Republicans has been forced to withdraw her candidacy, in large part due to the wave of death threats she received during the course of her candidacy.

Her withdrawal was announced this evening in a post on Facebook, and while Weaver admitted her personal health and her mother’s health played a role in her decision to drop out, she pointed to the intimidation campaign that she was forced to endure as a major deciding factor:

Beginning during my 2016 campaign, I have received very alarming acts of intimidation, including death threats. While some may say enduring threats are just a part of running for office, my personal safety has increasingly become a concern.

Weaver’s candidacy was under fire from the very beginning. The vindictive bullies of the Iowa Republican Party decided to punish her for running by cutting $164,000 – 12% of the budget – from the Office of Long-Term Care Ombudsman, where Weaver worked as an employee. A state senator made sure to tell her supervisor, who told her, that the budget cut was her “fault.”

When one considers this kind of vindictiveness coupled with the barrage of death threats she received, a very dark picture is painted. New candidates – especially those from underrepresented demographic groups – are the lifeblood of a democracy. It is absolutely unacceptable that faceless cowards are scaring off potential candidates with threats of violence.

The fact that death threats are now considered an expected consequence of running for office is beyond appalling and is a disturbing sign of the creeping fascism enveloping the United States.

Our nation needs new ideas, new perspectives, new priorities. More than ever, we need people from all walks of life to bring their – not more career politicians who value their lobbyists over their constituents or cantankerous old racists like Steve King.

Weaver has announced she will be donating all the money she raised to the next challenger to take on King. The list of Republicans who deserve to be thrown out of Congress with their tails between their legs is a lengthy one, but King is without a doubt one of the most reprehensible Representatives our nation has ever had and he needs to go.

Over the last several weeks, I have been evaluating personal circumstances along with the political climate regarding this campaign. After much deliberation, I have determined that the best decision for me is to withdraw my candidacy for the US House race in Iowa’s 4th Congressional District.

One consideration has been raised again by recent events at my home. Beginning during my 2016 campaign, I have received very alarming acts of intimidation, including death threats. While some may say enduring threats are just a part of running for office, my personal safety has increasingly become a concern.

Above this, my personal health is an issue. In order to sufficiently devote myself to the campaign, I would have to quit my job and shift to campaigning full-time. With recent legislation on health insurance, I must admit that the possibility of seeking a new job after the election exposes too much of a risk for me in not being able to secure health insurance.

Most importantly, my mother lives in Des Moines and has been experiencing ongoing health issues. I feel that it’s necessary to be more available to support her. Considering this, along with the time and energy it takes to succeed as a candidate, I realize that I can’t fully commit to both.

With all this in mind, I have made the difficult decision to end my campaign, and to move out of the district and back to Des Moines where I grew up.

Although I’m stepping down as a candidate, I still passionately support the defeat of Steve King. I will remain a part of the effort for a future candidate in this district, as well as help to elect a Democratic Governor and other Democrats across Iowa.

In this effort, the funds we raised will be distributed within the district to continue to oppose Steve King.

We’ve started a significant movement in this district, and it’s important to see that progress continue. I’ve said from the beginning that this isn’t about me–it’s about unseating Steve King and gaining real representation for the 4th District of Iowa.

As I withdraw from this candidacy, I want to share my heartfelt gratitude to all of you who have supported and encouraged me along the way. I am especially thankful to my staff consisting of Todd Prieb, Sam Muhr, Sonya McGrady, Esha Krishnaswamy, and Chris Trull for the great work and value they contributed to the campaign. I would also like to mention and thank some of my most active supporters: A.C. Doyle, Dennis and Molly Smith, Jackie Stellish, Jessica Fears, Jamie Saker, Sandy Mostaert, Alyssa Cates, and Jason Frerichs, the Democratic Progressive Caucus, the Democratic Women’s Caucus, and my entire family. The people that stood with me along the way have been the engine that powered this movement and I want to let all of you know how much I appreciate your efforts.

I humbly ask for your support and understanding during this difficult time, as well as your continued support with the effort to unseat Steve King.