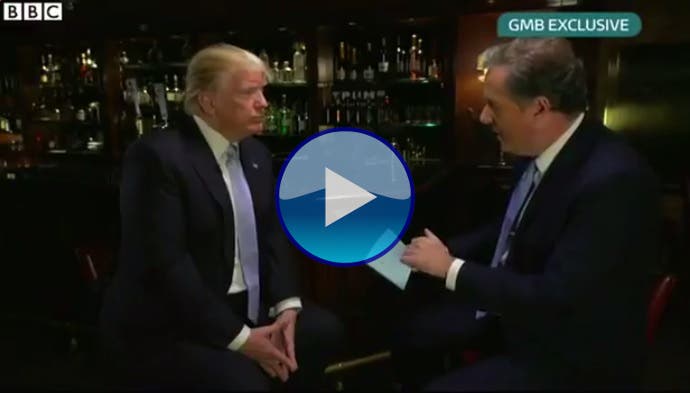 The world was aghast at President Trump’s unfathomable decision to launch relentless Twitter attacks against the London’s Muslim Mayor, Sadiq Khan, directly after the horrifying terrorist attacks in that city over the weekend.

Trump’s tirades took Khan’s address to the public out of context and heavily implied that Khan was deliberately enabling the terrorists because he was a Muslim.

Pathetic excuse by London Mayor Sadiq Khan who had to think fast on his "no reason to be alarmed" statement. MSM is working hard to sell it!

Trump’s remarks have been almost universally condemned by furious citizens in both America and in the United Kingdom, and Prime Minister Theresa May is facing calls from her people to cancel Trump’s upcoming state visit.

But the “why” has left many people curious. “Why is the President picking a fight with the Mayor of London?” asked a reporter today at the White House press conference. No real answer beyond “No, he isn’t” was given.

Indeed, what would drive a man to insult and demean the Mayor of the capital city of our closest ally directly after they had been struck by terrorists?

If you’re Donald Trump, it’s because that man rightfully called you out for being ignorant a year and a half ago. That’s right – Trump’s attacks on Sadiq Khan are because he felt slighted during the election campaign.

A forgotten video of Trump’s interview with Khan’s spokesperson in which he is told about the things that Khan has said about him – as the interviewer laughs at him – has just been unearthed, and the look in Trump’s eyes says it all:

Here's Trump challenging Sadiq Khan to an IQ test bc he called him ignorant.

Khan's Spox: "Ignorance is not the same thing as intelligence" pic.twitter.com/B3nPf9jfWB

Khan won mayorship right before this 2016 interview.
Trump added: "Tell him I will remember those statements.They're very nasty statements."

Trump’s vindictiveness and ceaseless drive for vengeance is notorious at this point; he is incapable of letting anything go, and will go to any lengths to get his revenge – including, it is alleged, hiring Russian prostitutes to urinate upon the bed once slept in by President Obama and his wife in revenge for mocking him at the White House Correspondent’s Dinner a few months before.

So let that sink in. The President of the United States is attacking the Mayor of London on Twitter because the Mayor once called him “ignorant.”

This is what our nation has come to. Our relationship with our closest ally is now in jeopardy and our nation humiliated in front of the world because of Trump’s bruised ego- again.