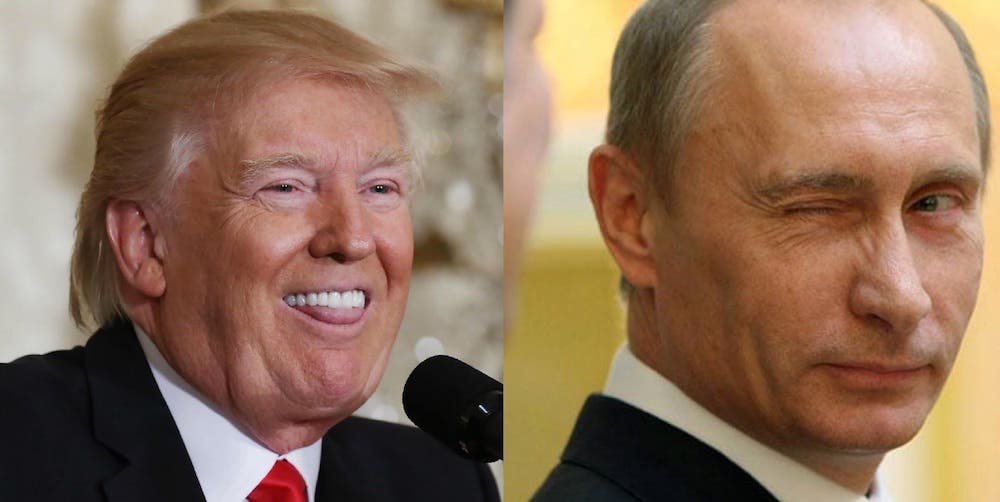 Former FBI Director James Comey recently testified before Congress that Russia poses the “greatest threat of any nation on Earth” to the free and fair democracies of the world.

The Intercept has obtained a top-secret NSA report which states that Russia’s intelligence agencies launched a cyber-attack aimed at American voting software and local election officials.

Although it’s yet unclear how effective the hacking efforts were, this news is a departure from the previous narrative that Russia didn’t attempt to hack the actual voting process. Until now, it was believed that Russia had perpetrated less direct attacks, by hacking DNC emails and waging an elaborate disinformation and propaganda campaign to mislead the American electorate.

The NSA is confident Russia attacked at least one voting software supplier, which is responsible for maintaining and verifying voter rolls. They also attempted to hack at least one hundred local election officials just days before the election.

The NSA is confident that Putin’s recent claim that the hacks were carried out by patriotic Russian freelancers and not state-sponsored is a lie. The GRU, the Russian military intelligence agency, is believed to be behind the cyber offensive.

A previously released intelligence report stated that Russia initiated its cyber campaign “to undermine public faith in the US democratic process, denigrate Secretary Clinton, and harm her electability and potential presidency.”

This previous assessment, paired with today’s NSA revelation, offers a chilling picture. Russia attempted to directly hack the U.S. election to manipulate the vote in favor of Donald Trump. Many of the details are still being withheld for fear of compromising valuable sources, so it’s impossible to say with certainty that they failed in their efforts. It’s possible that Russia’s subversive efforts were far more effective than previously believed.

The Department of Homeland Security stated that the Russian efforts weren’t geared towards changing vote tallies. Instead, many of the cyber attacks seem to have been aimed at affecting the voter registration process, which is simply a different means to the same ends. Numerous phishing attacks were carried out on local election officials through email, with the goal of stealing passwords and subsequently gaining access to more of the infected systems.

Pamela Smith, president of Verified Voting explained the risk to The Intercept:

“If someone has access to a state voter database, they can take malicious action by modifying or removing information. This could affect whether someone has the ability to cast a regular ballot, or be required to cast a ‘provisional’ ballot — which would mean it has to be checked for their eligibility before it is included in the vote, and it may mean the voter has to jump through certain hoops such as proving their information to the election official before their eligibility is affirmed.”

Essentially, such hacking opens up the possibility for Russia to decide which Americans can actually vote, which demographics have a say in the election. Like Republican efforts to pass strict voter ID laws, it undermines democracy on the most fundamental level. Again, it’s still unclear how – if at all – effective such efforts were, but the mere suggestion of such tampering is deeply alarming.

Even if the Russians were successful in such attacks, it would take specialized knowledge of which regions to target in order to swing the election. With this in mind, Hillary Clinton’s recent comments become especially relevant:

“How did they know what messages to deliver? Who told them? Who told them? Who were they ‘coordinating’ with or ‘colluding’ with?” she said during a Q&A. “So the Russians, in my opinion, and based on the intel and counter-intel people I’ve talked to, could not have known how best to weaponize that information unless they had been guided.”

She went on to contend that they must have been guided by Russians who had polling data. At the time of her statements, the NSA report had not yet leaked, and she was commenting on Russian misinformation propaganda. But her comments also apply to this new revelation, in that in order for Russians to effectively target the right districts, they would have to be heavily reliant on American insider knowledge.

The clearest possible culprit is the Trump campaign, whose possible ties to Russia have been dominating the news cycle for months. If indeed they are ultimately revealed to be guilty of collusion, their crime will be even worse than possibly believed. Not only did they help spread Russian propaganda, they may have helped Russia actively hack a U.S. election.