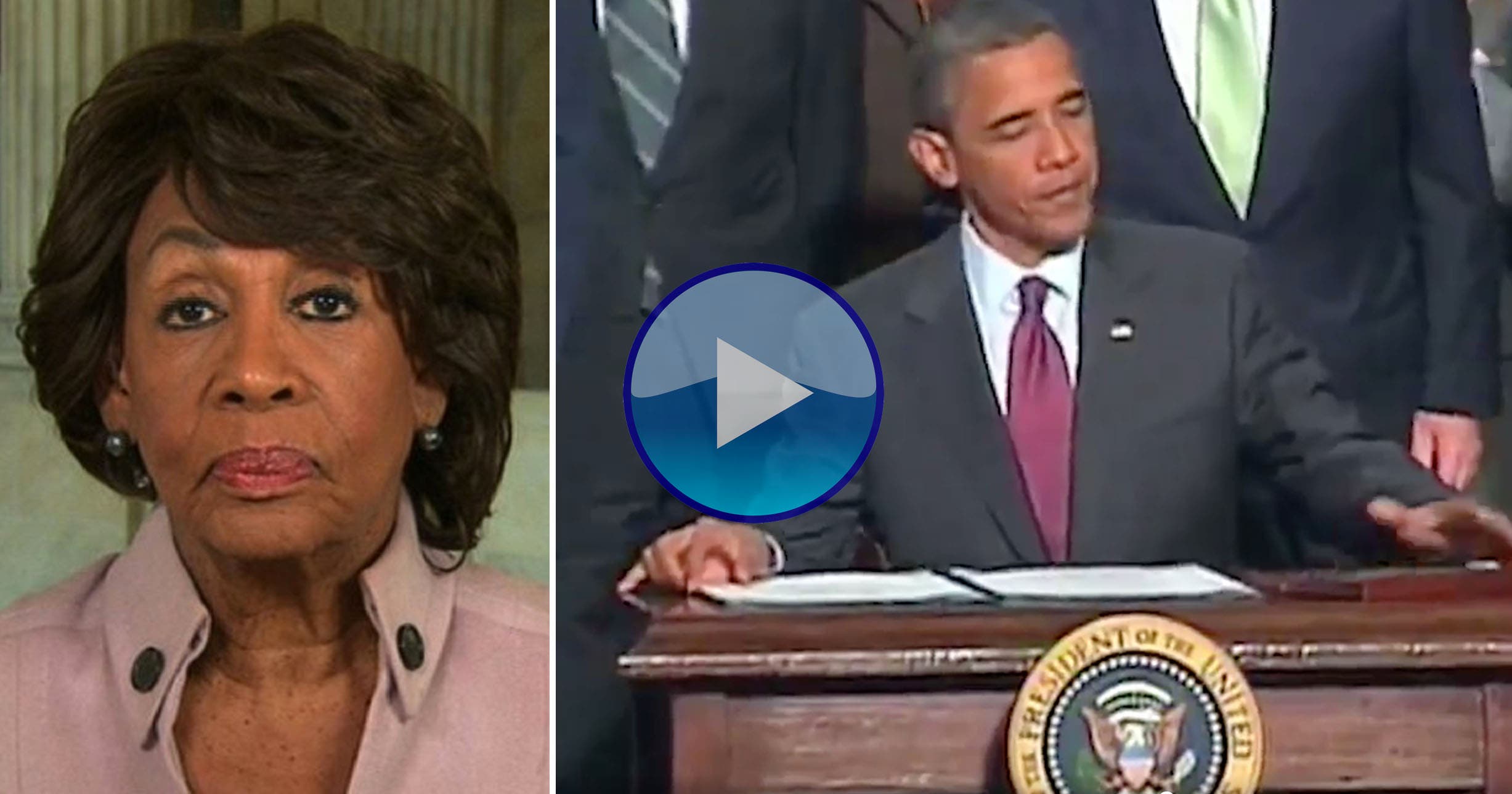 This week, House Republicans are planning to vote on a plan to roll back Obama era protections against the Wall Street greed that led to the financial collapse of 2008, and Democrats are fighting back.

Congresswoman Maxine Waters (D-CA) shared a powerful video (below) reminding Americans of the devastating consequences of allowing financial firms to run amok less than a decade ago.

The short piece highlights the depths of the crisis followed by the bold action taken by President Obama and the Democratic Congress in leading rescue efforts, then juxtaposes those episodes with the ignorant statements of President Trump and the dangerous plans of today’s Republican leaders.

At issue is the Volcker rule, which Republicans intend to repeal with their #WrongChoiceAct. The central tenet of the 2010 Dodd–Frank Wall Street Reform and Consumer Protection Act, the Volcker rule gives regulators the power to enforce protections from exploitative and unfair lending practices — including last year’s $185 million fine against Wells Fargo for opening 2 million fraudulent accounts.

Of course, should Republicans succeed in repealing the Volcker rule, not everyone will be hurt. Their big bank donors would see a massive surge in profits on the backs of working Americans.

With evidence of Trump’s collusion with Russia to win the 2016 election dominating the headlines, along with any number of very visible and humiliating missteps, this GOP handout to the big banks could easily fly under the radar. Thankfully, Auntie Maxine and her Democratic colleagues aren’t about to let that happen.

We have come so far since the financial crisis – but the Republicans’ #WrongChoiceAct threatens to put Americans at risk once again. pic.twitter.com/SAevgGX1rR