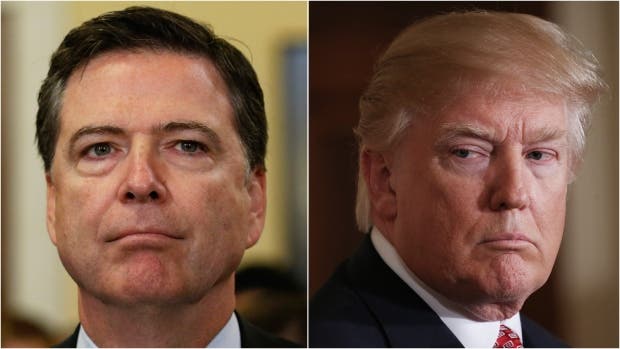 With former FBI Director James Comey set to testify Thursday before the Senate Intelligence Committee, a series of bombshells surrounding the circumstances of his firing have been landing in news feeds all evening Tuesday.  With so many revelations on different but related topics in a concentrated period of time, one can overlook stunning details in an otherwise messy morass.

One story that might slip under the radar is potentially the most damaging to any defense President Trump may mount against possible obstruction of justice charges that may be on the horizon – charges that could lead to impeachment.

“The day after President Trump asked James B. Comey, the FBI director, to end an investigation into his former national security adviser,” The New York Times is reporting this evening, “Mr. Comey confronted Attorney General Jeff Sessions and said he did not want to be left alone again with the president, according to current and former law enforcement officials.”

More from the Times report:

“Mr. Comey’s unwillingness to be alone with the president reflected how deeply Mr. Comey distrusted Mr. Trump, who Mr. Comey believed was trying to undermine the F.B.I.’s independence as it conducted a highly sensitive investigation into links between Mr. Trump’s associates and Russia, the officials said.”

Until now, only former Director Comey has claimed that President Trump tried to get the FBI to end its investigation into former National Security Advisor Michael Flynn for his ties to Russia and other foreign governments.

Those claims, however, have come not from Comey’s mouth, but from sources close to him who confirmed to media outlets that Comey wrote a series of memos immediately after his meetings with Trump and filed them within the FBI contemporaneously.   In those memos, Comey detailed Trump’s request that the Flynn investigation be shut down.  Comey is expected to confirm this important detail in his testimony Thursday.

However damning Comey’s memos may prove, a ‘he said, he said’ stand-off would still exist, effectively pitting the President’s word against Comey’s. Politically, that would probably be enough of stalemate for the President to survive impeachment.   In fact, the President’s allies in the media and in Congress have already laid the foundation for that defense.

In the days after multiple reports confirmed both the existence of Comey’s memos and the allegations contained in them, Trump’s defenders on FOX News rebutted the revelations by asking why Comey didn’t mention anything about Trump’s inappropriate requests during his testimony before congress a week earlier?

This evening’s Times report, however, suggests that Attorney General Jeff Sessions can verify Comey’s request not to be left alone with the President if and when he’s after subpoenaed.  Even if Comey didn’t relay to Sessions that Trump’s not-so-subtle demand to shut down the Flynn investigation was what prompted his otherwise odd request, a confirmation by Sessions that the request was made by Comey will add tremendous weight to the allegations that the President did in fact obstruct justice.