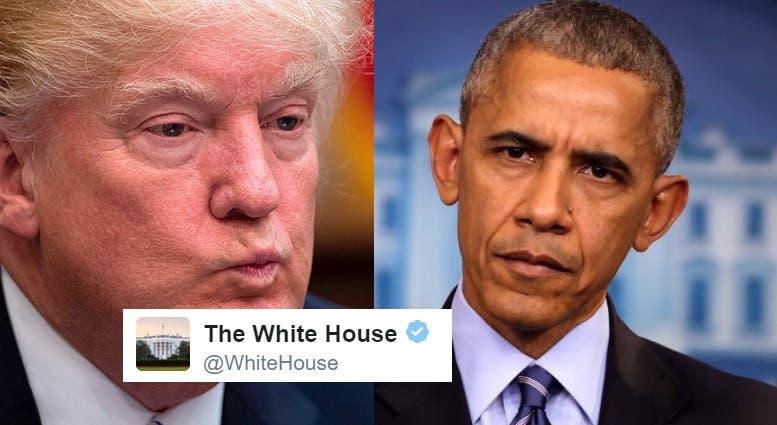 This weekend, the White House’s official Twitter account fired off a quiet message that most of us missed – but one that was eagerly lapped up by Trump’s paranoid supporters who hunger for more evidence that everything they don’t like is part of a globalist conspiracy.

The White House sent out this GIF, which accused President Obama of committing $3 billion without Congressional approval to a “UN slush fund” that was created by the Paris Accord – the implication being that President Obama was funneling your tax dollars to the globalist elite, probably to fund al-Qaeda or chemtrail factories or into George Soros’ pockets or whatever the hell it is that delusional Trumpcoats think the UN does.

The Paris Accord created a U.N. slush fund: https://t.co/e4eLHA1Di8 pic.twitter.com/gs7NizPhEC

This is entirely false.

The Green Climate Fund is not a slush fund and it was not created by the Paris Accord.

It was created in 2010 at the UN Climate Summit in Cancun, Mexico. It is an operating entity of the UN Framework On Climate Change Convention’s financial mechanism and is headquartered in the Republic of Korea. It is financed by wealthy countries to help poorer nations adapt and mitigate the effects of climate change caused by carbon pollution in developed nations and has been a critical tool in getting everyone to the negotiating table.

President Obama did pledge – not committed – $3 billion to the fund, of which only $1 billion has been delivered. Congress gave the funding its tacit approval when the Republican-controlled Congress decided not to block the use of discretionary funds for the GFC in the 2016 budget.

It is very clear that President Trump’s White House is now actively propagating outright lies to the American public, abusing the truth and using official government channels to feed conspiracy theories to his delusional fanbase.