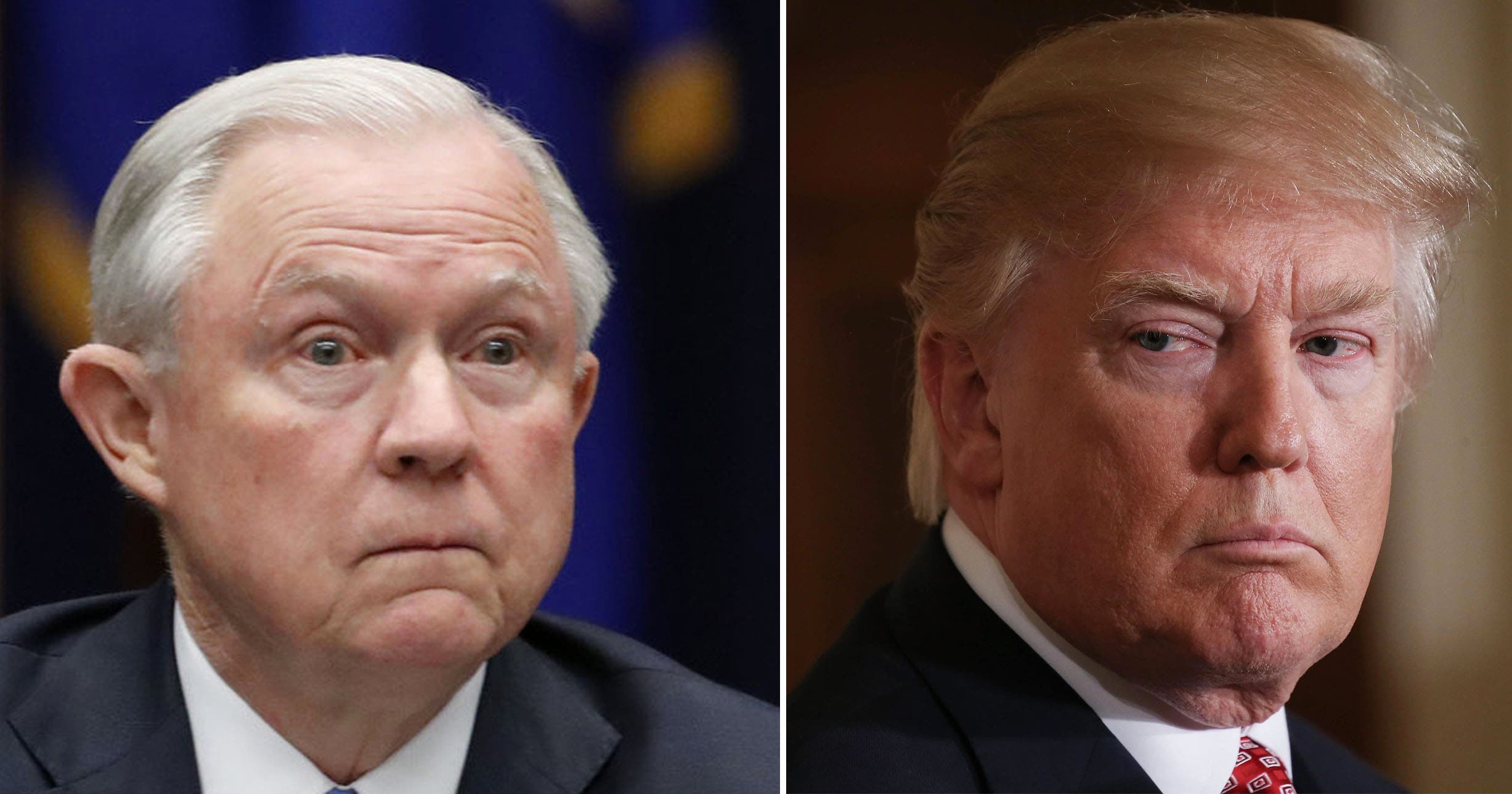 The day after President Trump tweeted an attack on his own Justice Department, White House sources have confirmed that Attorney General Jeff Sessions, has offered to resign.

ABC News’ Jonathan Karl reports that Trump was furious over Sessions’ decision in March to recuse himself from any investigation into the Trump campaign’s possible collusion with Russia. The AG made his recusal decision without consulting the President after it was discovered that he had lied under oath to conceal two meetings he’d had with the Russian ambassador during the campaign.

The tempers of both men have flared since then to the point that Sessions recently told the President that he would resign if Trump wanted. Justice Department spokesperson Sarah Isgur Flores declined to tell ABC whether Sessions’ gesture was an offer or a threat.

The revelation comes on the same day that White House Press Secretary Sean Spicer declined to say whether or not the President still had confidence in his Attorney General:

During his confirmation hearing Sessions drew justifiable scrutiny for his overtly racist legal and legislative career, but it was not enough to convince the obsequious Republican Senate that he was unfit to be America’s top lawyer.

Since confirmation, much of the national focus has been on his efforts to force through Trump’s unconstitutional Muslim travel ban, even maligning the entire state of Hawaii because it was home to one of several judges who ruled against the executive order.

Largely unnoticed has been Sessions efforts to fill America’s already overcrowded prisons with a glut of non-violent drug offenders by reviving our nation’s failed experiment with racist mandatory minimums — a boon to his friends in the private prison industry, an unnecessarily hefty weight on our budget, and a devastating blow to millions living in segregated communities.

For all the wrong reasons, Sessions could be looking at an early exit from the Trump regime. The President would be wise to accept Sessions’ resignation.

Then again, no one in their right mind has ever accused Donald Trump of being wise.