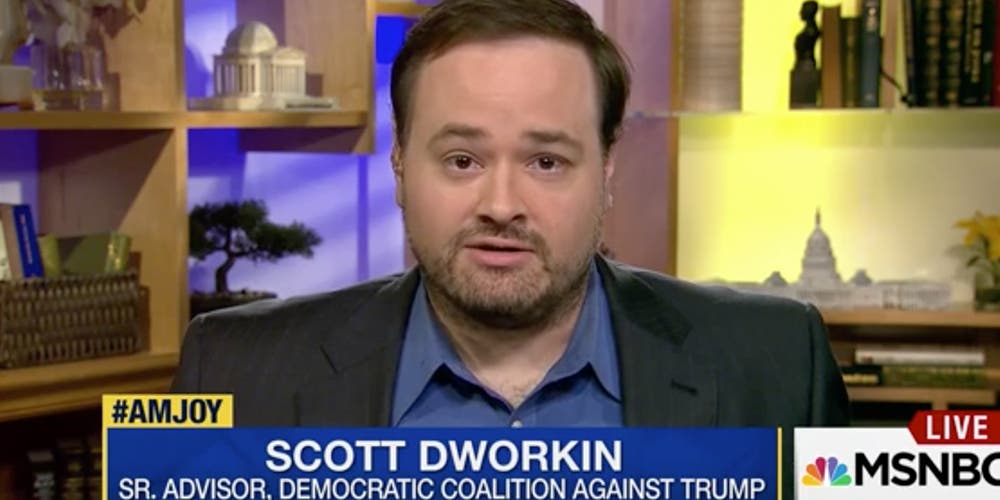 America’s leading Democratic opposition researcher told us all about his secrets to following Donald Trump’s money trail which led to Russian ties, in an OD Political Radio podcast interview.

Scott Dworkin explained that some of his tips about using foreign language investigation, which he initially used to uncover Trump Vodka. That led to his search for company listings using the Russian language Cyrillic spelling of Trump: Трамп.

The Democratic Coalition’s research into Trump’s Russian ties has been published in Occupy Democrats since last October.

By mid-October, the videos he uncovered formed the basis of our chilling report “New Video Just Emerged Of Trump Admitting HE IS Putin’s Friend.”

This week alone, Dworkin’s research was cited in stories in the New York Times and the Washington Post – in one story uncovering Trump co-sponsoring an event with Russian Ambassador Kislyak all the way back in 2012 with VneshEconomBank. That’s the same Putin controlled bank which has been in the news after the President’s son-in-law held a secret meeting with its Russian Foreign Intelligence trained CEO.

We spoke with Dworkin about those stories, and about some of the many reports his reports or complaints against public officials like California Republican Rep. Dana Nunes who was forced to recuse from his role in the House Intelligence investigation.

Rep. Nunes blamed complaints to the House Ethics Committee from the Democratic Coalition and MoveOn.org for recusal.

Barely a year ago, Nate Lerner and Scott Dworkin founded the Democratic Coalition Against Trump as an independent campaign group to support the election of Democratic political candidates.

Today, Dworkin’s Twitter account @funder is one of the most widely read political information sources in the country about the Trump Russia scandal.

Democratic Coalition Chair Jon Cooper has also been widely quoted in the wake of his recent revelation of some of the turbulence inside the White House.

Scott Dworkin says that the Democratic Coalition’s latest activity has been preparing a special campaign in Georgia to support Jon Ossoff in the race to replace Trump’s HHS Secretary Tom Price.

Take a listen to our wide-ranging interview, which starts at the ten-minute mark below, or you can listen to our podcast in iTunes by clicking here.