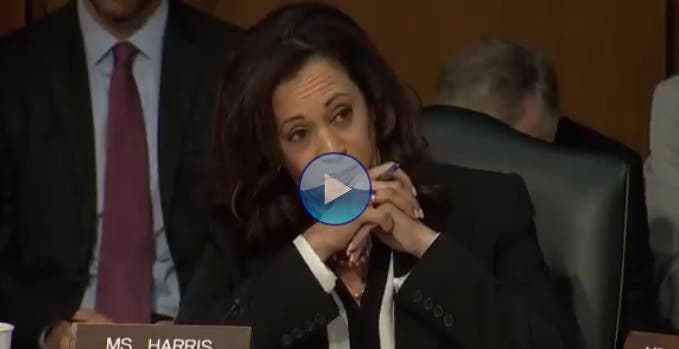 Today’s Senate Intelligence hearing, which saw Directer of National Intelligence Dan Coats and National Security Agency Director Adm. Mike Rogers dither and dodge like nervous schoolboys who were sent to the principal’s office, was a disgraceful display of everything that is wrong with modern American politics.

Coats and Rogers refused to give any concrete answers, hiding behind semantics and concerns of jurisdiction to cover for the President and his alleged crimes. But the fruitless hearing really went off the rails when Chairman Sen. Richard Burr (R-NC) rudely interrupted Sen. Kamala Harris (D-CA) mid-question

“The Chair is going to exercise its right to allow the witnesses to answer the question and the committee is on notice to provide the witnesses the courtesy which has not been extended all the way across for questions to get answered” drawls Burr, who somehow didn’t feel the need to interrupt any of the men who had previously done the same thing.

Watch: The moment when women everywhere agreed with Sen Harris after she was interrupted by Burr who didn't do the same w King & others pic.twitter.com/3KPAqwxVQl

He then has the nerve to interrupt her again, just a few seconds later. As MomsDemand founder Shannon Watts blithely noted, it appears that “women are considered second class citizens in Congress.”

It’s reminiscent of the time that Senate Majority Leader Mitch McConnell silenced Senator Warren with appalling condescension and gave birth to the rallying cry of “Nevertheless, she persisted.”

The way that Republicans treat their female peers in Congress is absolutely unacceptable. It just goes to show that in America, you can be the Attorney General of the nation’s most populous state and then become a Senator representing the world’s sixth largest economy and still get talked down to by a chauvinistic old man who is doing his best to impede the investigation into the President’s potentially treasonous ties to a hostile foreign power.