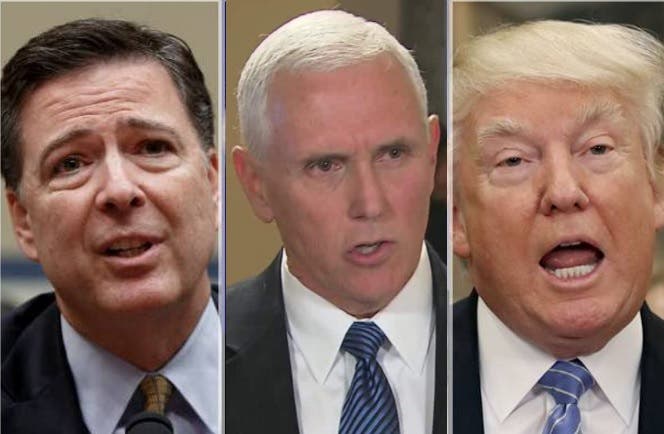 This morning’s testimony be former FBI director James Comey was not quite as explosive as many hoped it would be – but a major detail that many missed was unearthed that could have monumental implications down the line.

Sen. Ron Wyden (D-OR) asked Director Comey whether or not Vice President Mike Pence – the leader of the transition team – was aware of the concerns that Lt. Gen. Michael Flynn had improper communications and connections to the Russians during the transition following the election.

Comey announced that it was his understanding that Vice-President Pence was aware of those concerns.

This means that Mike Pence was aware not only of Mike Flynn’s work in service of the government of Turkey, which he had been alerted to in November by Rep. Elijah Cummings (D-MD), but was also aware that he had disturbing connections to agents of the Russian Federation – and allowed him to become National Security Advisor anyway.

This means that Mike Pence knowingly allowed a man that he knew was compromised by not one but two foreign governments to gain access to our nation’s most classified information.

If Republicans called for Hillary’s arrest for mishandling classified information, they should be screaming for Pence’s head for allowing a traitor to potentially funnel that information to hostile foreign governments.

It’s safe to say this little tidbit is going to present some very serious problems for Republicans when the time comes to try to replace Trump with Pence, which is a blessing for the rest of us. The slaying of the Republican hydra only begins with removing Trump.