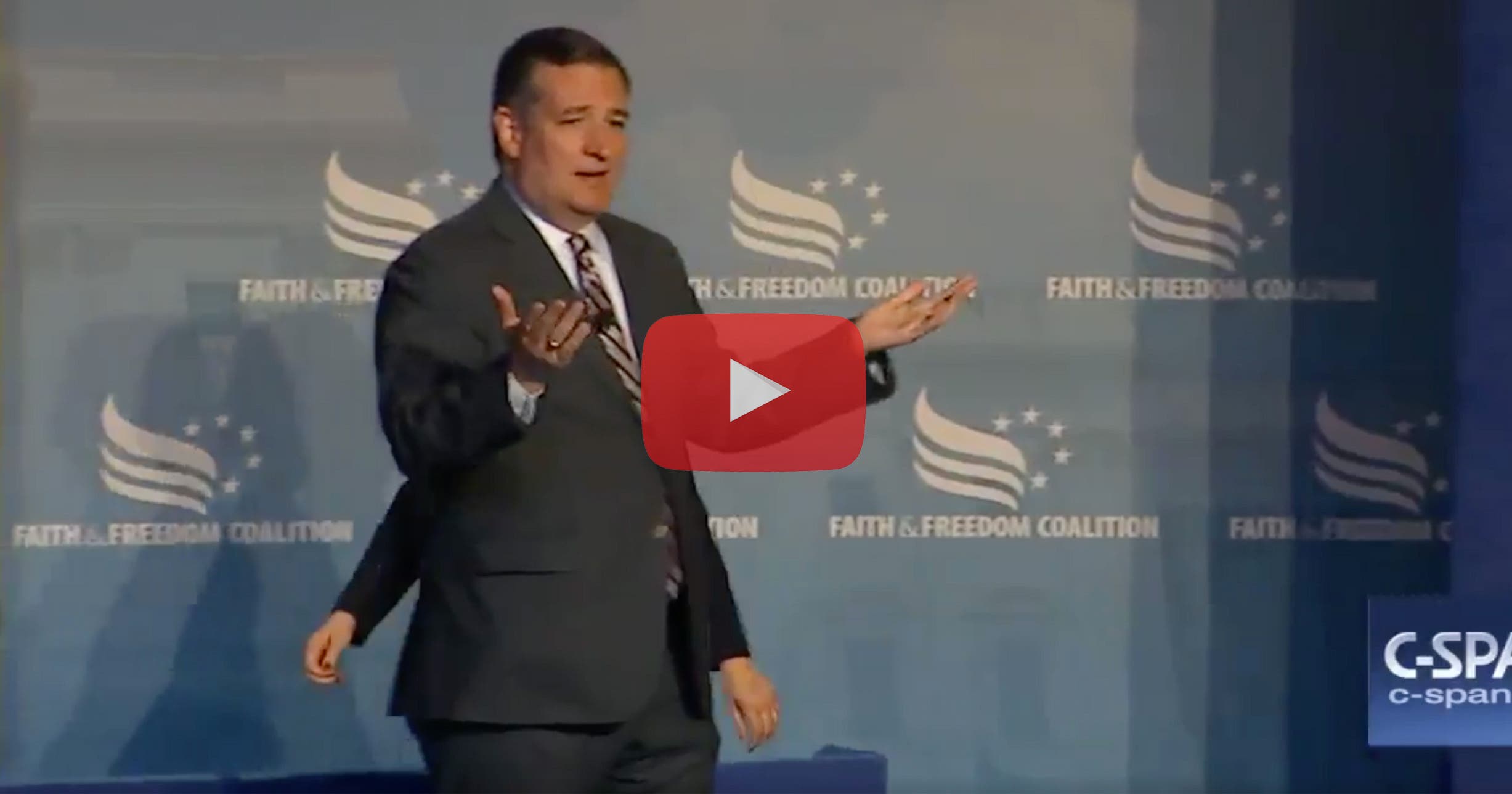 Senator Ted Cruz (R-TX) thought he was playing on his home turf today when he gave a speech at the Freedom of Faith Coalition’s annual conference. (Video below.)

It seems, however, that even the conservative Christians on the extreme right have limits when it comes to tolerating our country’s most despised Senator.

Cruz was in the middle of thanking what he thought were his adoring fans when he made the mistake of pausing.

No one heard what he said next as his microphone had already been turned off.

This video of Cruz’s unceremonious booting should be watched again and again.

please enjoy this footage of sen. ted cruz being forced off the stage at a faith and freedom conference pic.twitter.com/BtWIVDLxLs