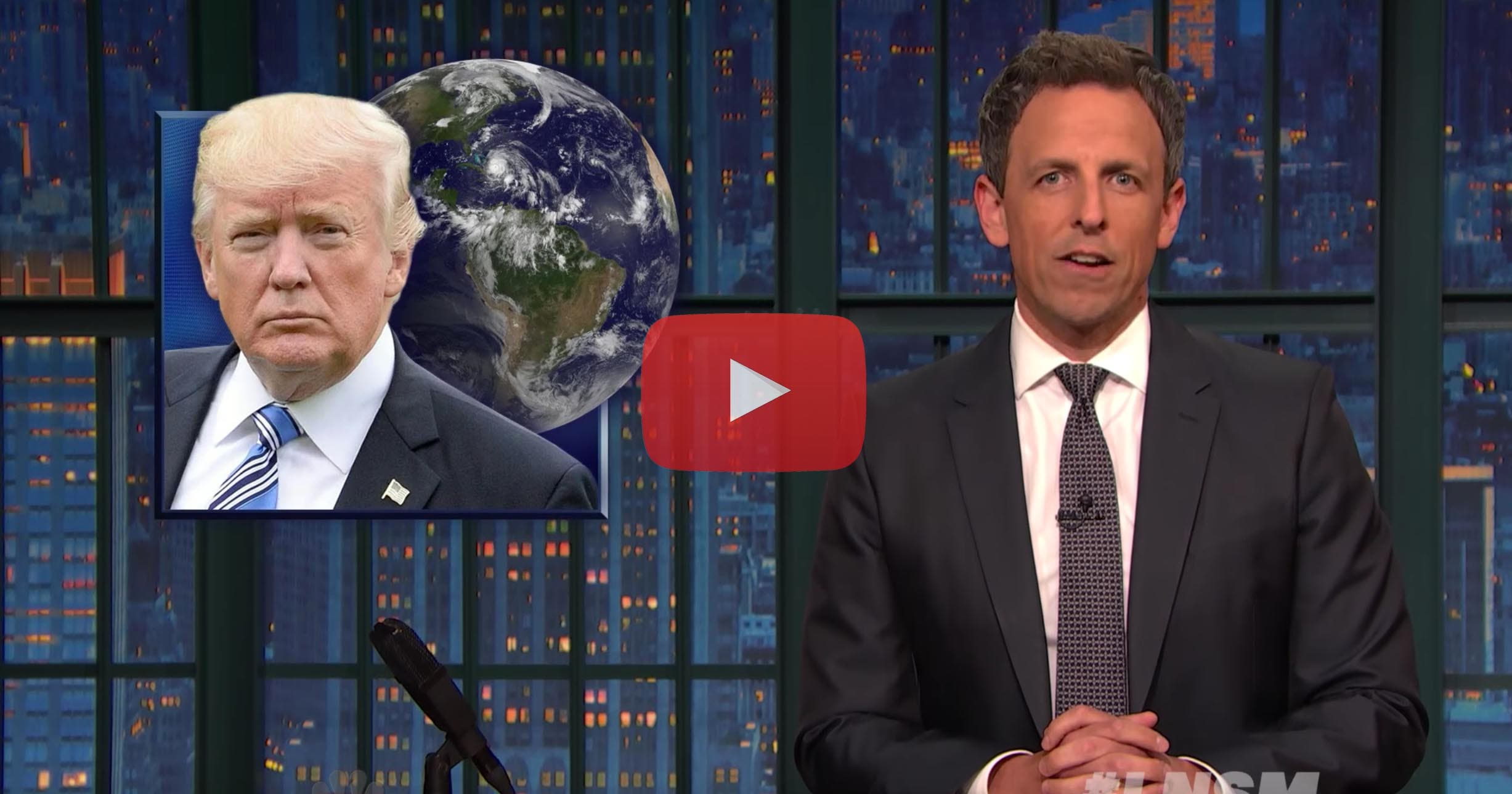 They say comedy comes from pain, and Donald Trump’s excruciating presidency has been comic gold.

Few have been as successful at mining those resources as Seth Meyers, and after Trump’s horrendous week, the Late Night host released a compilation of comic highlights at the president’s expense.

In about a minute and a half, Meyers covers everything from the fallout from the Paris Climate Agreement exit to fired FBI Director James Comey’s blockbuster testimony, and even Vice President Pence’s birthday.

With so many degrading things happening to America in a single week, comedy may be the best way to recap in the Trump era.