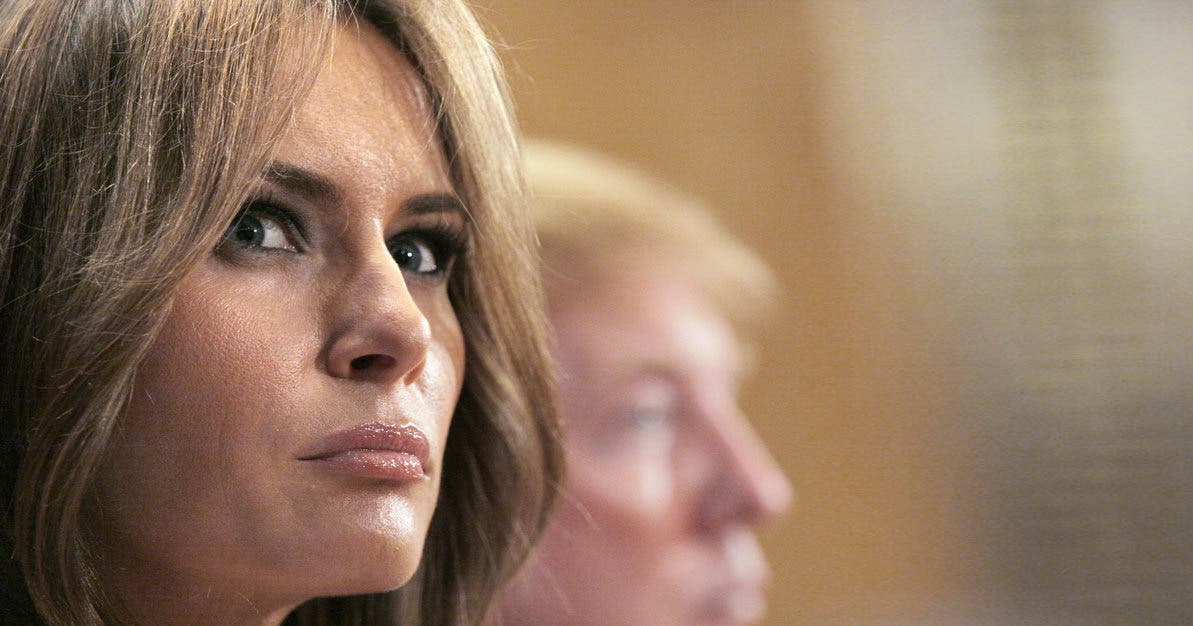 The week before Election Day last year, Melania Trump made a rare appearance on behalf of her husband’s campaign and announced that as First Lady, she would commit to combatting cyberbullying.

Now, her office has confirmed that the effort is ending before it even began.

Multiple White House source told Politico’s Annie Karni that while Mrs. Trump told supporters during the campaign that she would be working to end the online harassment of America’s youth, “that initiative has since been cast aside.”

The First Lady’s spokesperson, Stephanie Grisham, confirmed the reversal in an email to Karni, writing, “While cyber-bullying is something she speaks out against, that is but one subset of her focus around the overall wellness of children.”

Trump claimed to have a heartfelt interest in the issues in her speech on November 3, telling the crowd, “We must find better ways to honor and support the basic goodness of our children, especially in social media. It will be one of the main focuses of my work if I’m privileged enough to become your first lady.”

Yet, anti-cyberbullying organizations never received any help from Trump, or even heard from her after the election. “No one has reached out to us as of yet,” Sameer Hinduja, co-director of the Cyberbullying Research Center told Mother Jones’ Stephanie Mencier.

Many prominent activists were skeptical of her intention from the beginning. Lady Gaga echoed the sentiments of many with the below tweet, finding hypocrisy in an anti-bully pledge from the spouse of one of the world’s “most notorious bullies.”

.@MELANIATRUMP to say u will stand for "anti-bullying" is hypocrisy. Your husband is 1 of the most notorious bullies we have ever witnessed.

Still, many gave the First Lady the benefit of the doubt, hoping that Melania was different than her caustic husband. Admirable though it was to rise above guilt by association, those people are bound to be disappointed now.

Melania Trump lied to help her husband get elected, pretending to care about troubled teens then turning her back on them when she had the power to create positive change. This latest revelation proves what many suspected, that Melania is not an innocent bystander but a dishonest enabler willing to stoop so low as to exploit children to score points.

President Trump, it seems, has truly found his soulmate.