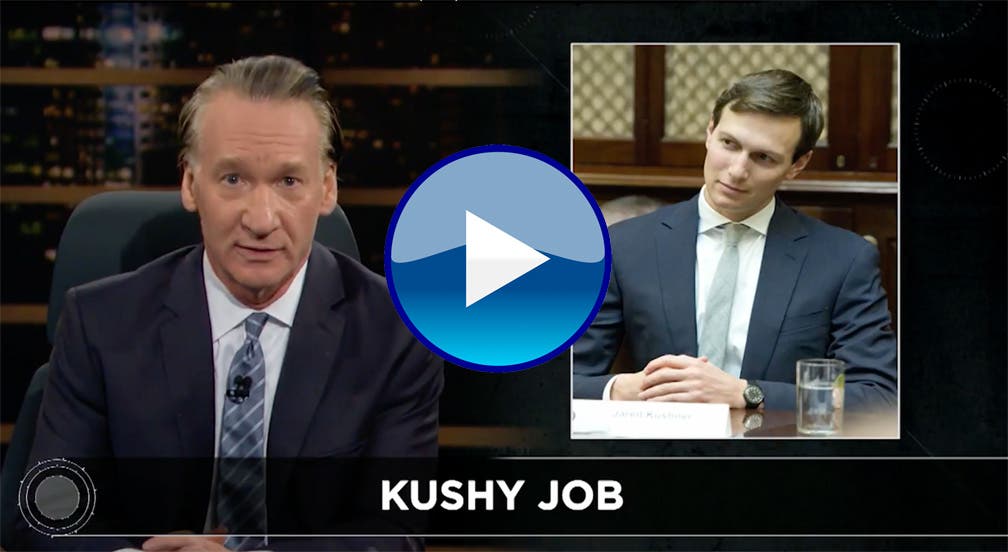 A Violent Fight Just Broke Out At “March Against Sharia” Protest

“The greatest con Republicans ever pulled-off,” HBO host Bill Maher said last night, “was convincing the working class that it was immigrant dreamers and single moms on food-stamps that were blocking them from the American Dream, when really it’s undeserving schmucks like Jared Kushner who suck-up all the wealth in this country.”

Maher highlighted Kushner, the President’s son in law and special assistant, to illustrate the silence from Republicans on what he calls “Rich Guy Affirmative Action.”

“People who come from money love to call the people who don’t ‘entitled'” he continued. “They’re dead set against the underprivileged getting special consideration because [they say] that dis-incentivizes self-reliance, and it’s not achieving through merit.

Is reality, however, Maher points out that, “Meritocracy is the last thing they because if we had that they’d stop winning.”

It’s not that surprising that a billionaire businessman won the Republican nomination for the presidency 2016.  The GOP has long been the party of Wall Street and big business. Both 2012 Republican nominee Mitt Romey and Republican President George W. Bush  made fortunes in private business before entering politics.

Why working class voters would put those billionaires into office, however, has always been a bit of a head scratcher. Even more mysterious is why those working class supporters demonize poor and middle class Americans who receive assistance from the government, while backing polices that benefit the billionaires they’ve empowered at their own expense.

President Trump’s presidency has brought those hypocrisies and discrepancies to the forefront – and exacerbated them.   His policy proposals blatantly benefit families from the 1% like his own, and his history of nepotism, both in his business practices and now in the White House, prove that Trump is abusing the faith voters put him to enrich those like him.

The silence coming from the right on these issues is deafening.

HBO host Bill Maher addressed these phenomena in his latest “New Rules” segment on Friday Night’s episode of Real Time with Bill Maher.  You can see the entire explosive segment below.