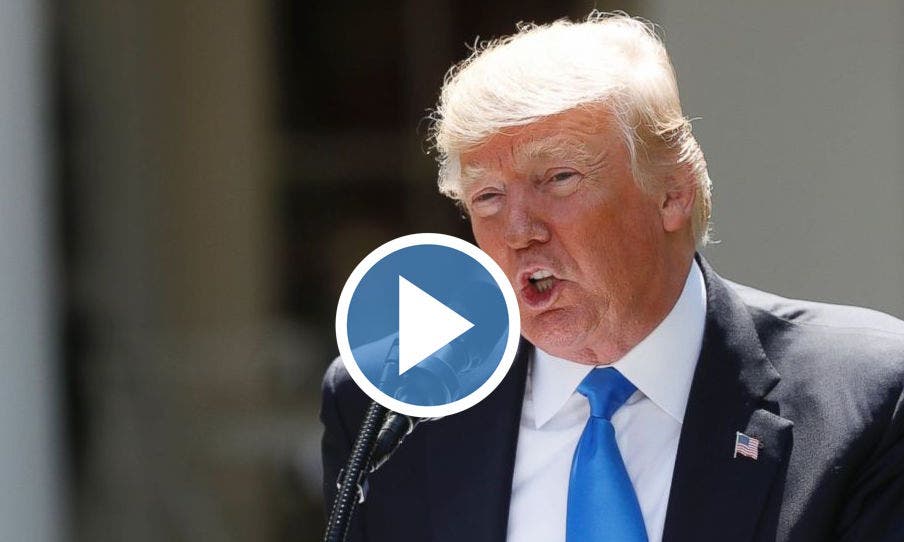 Amidst assurances from Donald Trump that he would never “ask a man to pledge allegiance” to him, CNN has unearthed footage of the President doing just that.

On the heels of the Florida primary election, Trump instructed the entire crowd to raise their hands and “do a pledge, a swearing.”

Trump’s assertion that he would never ask for a pledge of loyalty came during a news conference alongside the Romanian President in the Rose Garden at the White House on Friday. The President called on ABC’s Jon Karl, who posed these questions:

Karl: Mr. President, I want to get back to James Comey’s testimony. You suggested he didn’t tell the truth in everything he said. He did say under oath that you told him to let the [former national security advisor Michael] Flynn — you said you hoped the Flynn investigation he could let go–

Trump: I didn’t say that.

Karl: So he lied about that?

Karl: And did he ask you to pledge his loyalty —

Trump: And there’d be nothing wrong if I did say it, according to everybody that I’ve read today. But, I did not say that.

Karl: And did he ask for a pledge of loyalty from you? That’s another thing he said.

Karl: So, he said those things under oath. Would you be willing to speak under oath to give your version of those events?

While this wouldn’t be the first time that Trump has lied – in fact, the Washington Post revealed that, in 137 days in office, Trump has made 623 false and misleading claims – this may be the most significant. Trump has declared that he is willing to testify under oath that Comey was lying about the loyalty pledge.

Outside of the courtroom, Trump’s lies are just that—lies. But under oath, the President’s lies amount to perjury. In a contest between an FBI Director who has served under three Presidents from both political parties and the man who said that former President Barack Obama was born in Kenya, I would take the former any day of the week.