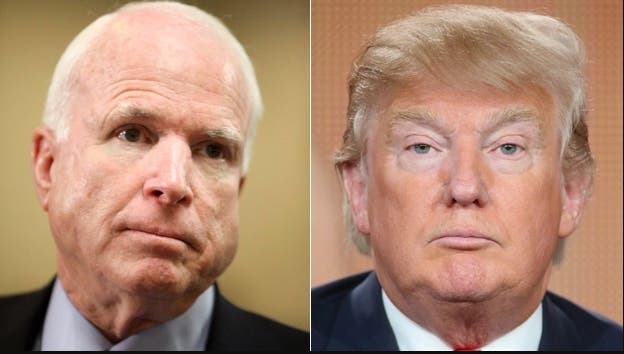 President Donald Trump’s reversal of years of American foreign policy is coming home to roost in a way that is sure to anger him to his very core. After alienating our European allies through a series of boorish actions and moronic comments during his recent undiplomatic visit with NATO leaders, Trump seems dead set on abdicating America’s traditional role as leader of the free world.

It’s gotten so bad that even members of his own party have begun to acknowledge that things were much, much better under President Obama.

According to a report in The Guardian, Senator Bob Corker (R-TN) lapsed into a long silence when shown Trump’s tweets accusing our close ally in the Middle East, Qatar, of being a state sponsor of terrorism. “The President?”,  he asked incredulously before seeing the tweets himself on a reporter’s phone.

Even worse was the reaction of Senator John McCain (R-AZ) to Trump’s public feud with London Mayor Sadiq Khan in the aftermath of the terror attacks last week on the London Bridge. When asked by The Guardian what message Trump had sent to the UK, one of our most steadfast allies, by his tweets which distorted the remarks of Europe’s first Muslim mayor of a major city and twisted them into a defense of his unconstitutional travel ban, McCain replied in a way that was certain to raise every hackle on Trump’s ample body:

Asked if America’s standing on the global stage was better under Barack Obama, McCain, a fervent critic of the previous administration’s foreign policy, responded: “As far as American leadership is concerned, yes.”

Nothing could be more devastating to President Trump than hearing a respected fellow Republican compare him negatively to the man that he spent years trying to undermine with false accusations about his citizenship and religion.

Unfortunately, even the most loyal members of the Republican party can see the damage that Trump’s policies are having on America’s standing in the world. A few of them are beginning to speak out against those policies, but until the day comes when they are willing to bring Trump up on the impeachment charges he has so ardently earned, our nation will have to suffer the consequences of his shameful comments and actions.