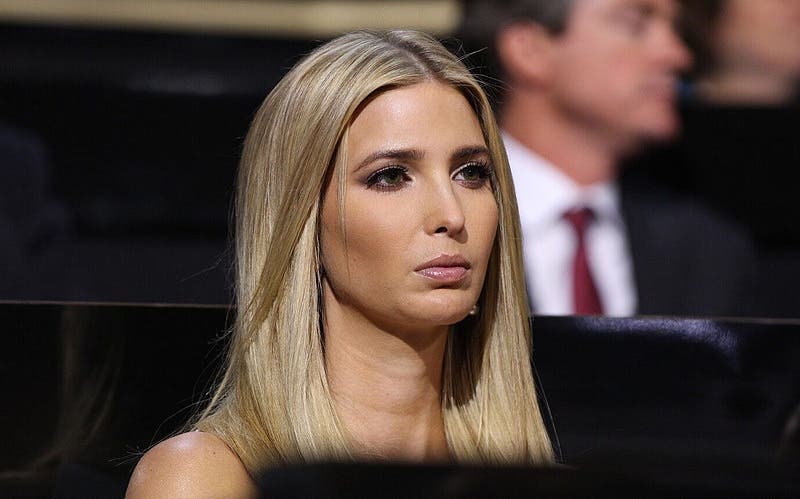 This Republican Senator Was Just Asked About Obamacare Repeal. His Response Is Disgusting

Donald Trump and Jared Kushner aren’t the only members of the family facing congressional probing for making moves while inside the White House that benefit their personal fortunes.  Ivanka Trump is under the spotlight, too, and that light just got a lot brighter.

Every Democrat on the House Judiciary Committee signed a letter demanding the President’s daughter come clean about the multiple conflicts of interest regarding her eponymous clothing and jewelry company.

In the letter addressed to Abigail Klem, the current President of Ivanka Trump’s brand, the Democratic members of the Judiciary Committee state, “We remain skeptical that Ivanka Trump may have used and may continue to use her official position within the White House to benefit her private interests.”

“We hope,” the letter continues, “that you will provide additional clarification on this matter.  We also note renewed public scrutiny of the Ivanka Trump brand’s operations abroad.  Recent press coverage shows hat you filed 14 additional trademark applications with the Chinese government exactly one day before Ms. Trump joined the White House.  We write to ask for information about these activities as well.”

In January, Ivanka announced plans to resign as the president of her fashion brand, hand over the day-to-day operations to Klem, and place her ownership stake into a trust. In theory this means she’s no longer affecting the direction of her brand and therefore not benefitting from it now.

Because she didn’t divest completely, however, anything she does in her current position to expand her brand, she’ll reap later when she leaves the White House and resumes her role as the head of her company.

This is not only unethical, it could very well be illegal.  “Each willful violation of this rule carries with it a penalty of up to five years in prison,” the letter sent to Abigail Klem today states.

This isn’t the first time a Democratic member of the Judiciary has lashed out on this issue.  Rep. Jamie Raskin (D-MD) has zeroed in on the conflicts of interest of the Trump family.  He did an interview in January with the Young Turks, saying, “Right now it looks pretty obvious that he’s on a collision course with the Emoluments Clause.  He has refused to divest himself of tens or hundreds of millions of dollars of business interests he has around the world doing business with foreign governments.”

“So if he goes into office and he refuses to divest himself,” Rep. Raskin continued, “the moment that the first conflict comes up, that’s going to look like an impeachable offense.”

And for Ivanka, a fireable one.