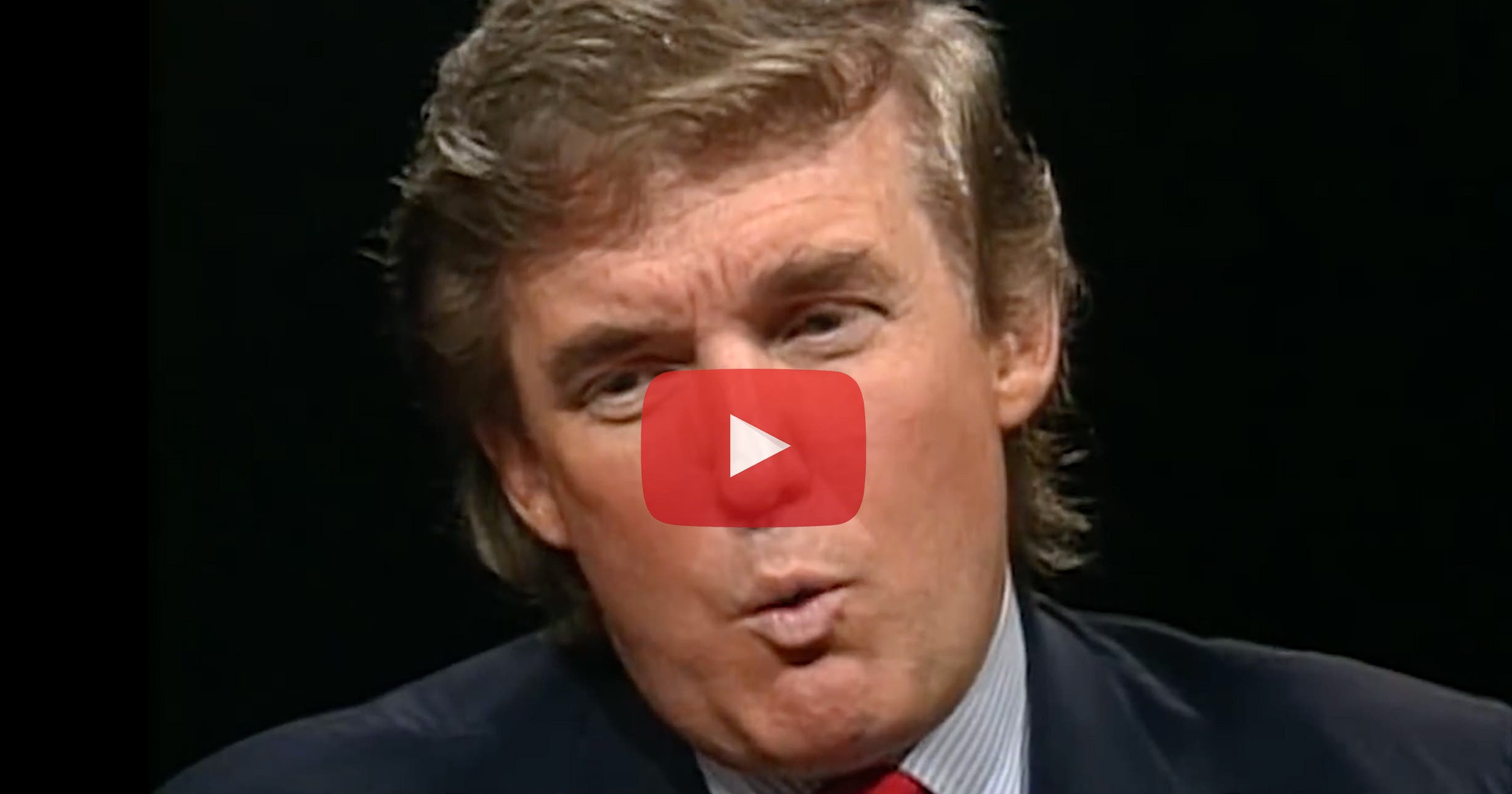 Back before Charlie Rose’s show gained national syndication and served only areas of New York and New Jersey, he interviewed a regional real estate heir named Donald Trump. The wannabe mogul came off abrasive to say the least, even mocking the host’s local audience. (Video below.)

However, the future president also went into great detail about his love of vengeance, what provokes his need to seek revenge, and the details of his vindictive strategy.

Trump’s casual tone and dim-witted air can almost make his viciousness seem inconsequential, but the words are chilling.

“I would’ve wiped the floor with the guys who weren’t loyal, which I will now do,” Trump told Rose. “I love getting even with people.”

Now, even as the President vehemently disputes the sworn testimony of fired FBI Director James Comey, that he demanded a loyalty pledge, we see in this video that it fits perfectly into a playbook that Trump has used for a quarter century. It would actually be odd if the man in this video did not take the immoral and illegal step of demanding a loyalty pledge.

This video confirms many people’s suspicions that the United States now has a President who wants to rule by intimidation and fear — not for any great strategy but to protect his fragile ego and further his vision of mob-style justice.

Maybe this strategy served him to some extent in the world of New York real estate and sham universities, but Comey is not an opponent to be trifled with. We can be sure that Comey was well aware of this video and others from his former boss, and often knows what the President will do before he does.

That is why he Comey kept detailed notes on his conversations with Trump, and it is why Trump’s love of vengeance is now coming back to bite him.