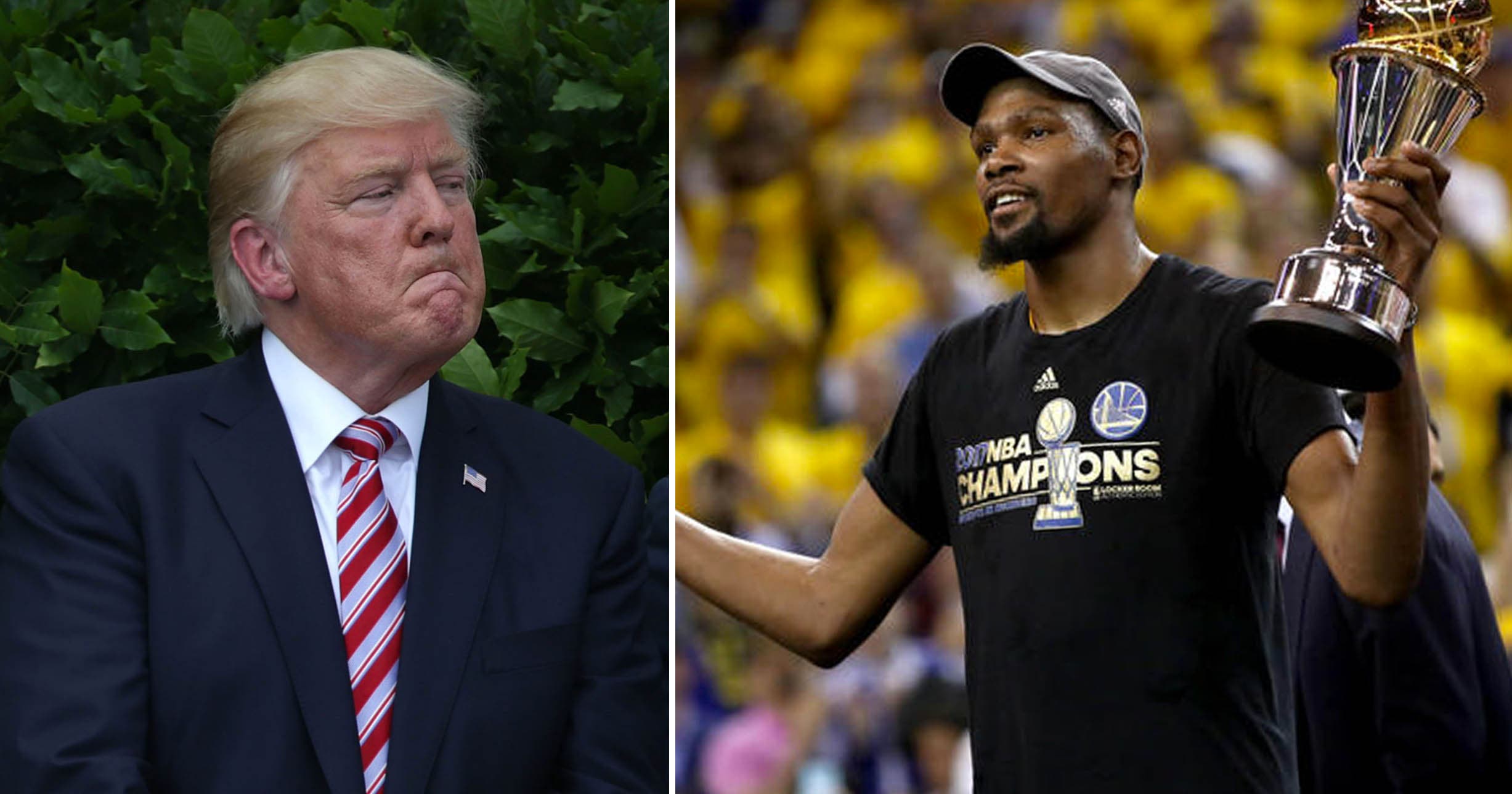 Last night, the Golden State Warriors defeated the Cleveland Cavaliers four games to one to win their second NBA championship in three years. Today, they are doing something unprecedented.

While the team’s home office is not yet officially commenting on the matter, reports indicate that the champs have unanimously voted to decline the honorary White House visit that championship teams have been taking for decades:

The move would be in keeping previous statements from the Warriors key personnel. In May, Coach Steve Kerr said, “Trump couldn’t be more ill-suited to be president, because he’s a blowhard.”

West went on to say that Trump’s election “brought out an element of our society that a lot of folks assumed was dead.”

Many have argued that athletes make for poor role models, and in many cases they have a point. But with the cataclysmic failure of leadership we have seen in Washington, these champions should be applauded for leading by example.