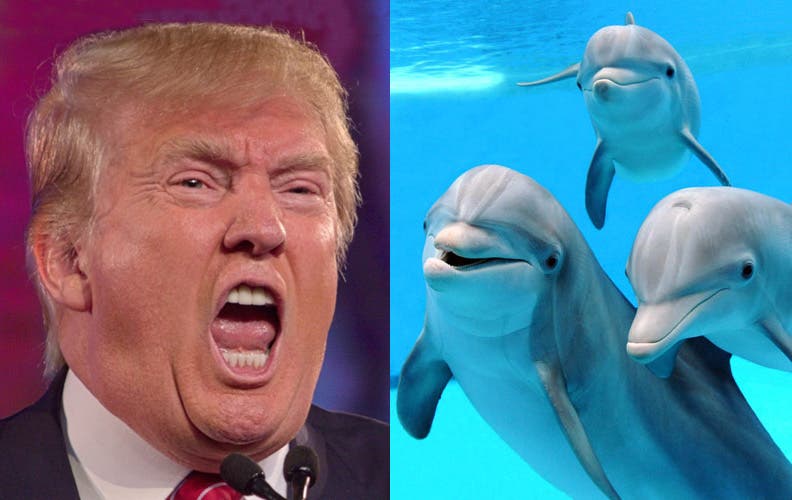 Steiner’s comments appeared in an LA Times report yesterday exposing the Trump administration’s decision to cancel the Obama era plan to limit gill net use off the Pacific Coast.  Commercial gill nets can be up to a mile wide and frequently trap endangered species like leatherback turtles and humpback whales in them.

The plan, which had the support of both environmental groups and the commercial fishing industry, also would have imposed penalties on fisheries who violated restrictions or didn’t follow proper procedures regarding endangered species that get caughtnin their gill nets.

“The 14-member Pacific Fishery Management Council, which manages fisheries in California, Oregon and Washington,” the Times report continues, “recommended that the federal government adopt the restrictions in 2015.”

But what do they know?

The Trump administration reviewed the recommendation and concluded that the costs outweighed any benefits to the turtles or dolphins, and the National Oceanic and Atmospheric Administration’s (NOAA) Fisheries division killed the plan.

Michael Milstein, a spokesman for NOAA Fisheries, told the Times the industry has been under scrutiny for years and they’ve “been very successful” at reducing the impact they’ve had on endangered marine life.  “The cap would have imposed a cost on the industry to solve a problem that has already been addressed.”

While much progress has been made, the problem still exists, despite what the Trump Administration claims.  The species in question are still dying at rates that could lead to their extinction – exactly what the regulations are meant to prevent.  Further, any reductions in the unintended deaths of endangered species has more to do with the already high restrictions imposed on gill nets than anything else, according to Steiner.

“There are so few examples of some species,” the Times concludes, “that if gill nets kill even one or two, the overall effect can be devastating.”