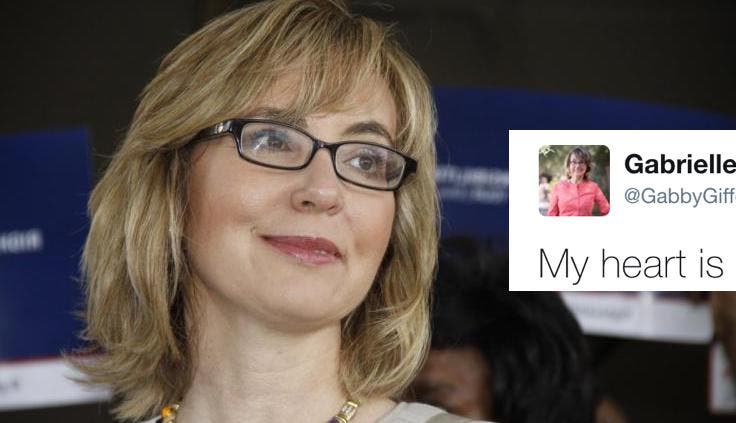 The attempted assassination of members of Congress today – in which several people including House Majority Whip Steve Scalise were shot – is only the most recent example of political gun violence in America.

In 2011, a gunman shot Democratic Representative Gabrielle Giffords in the head, killed six people including a federal judge, and wounded an additional twelve. Giffords survived, and in response to today’s violence tweeted:

My heart is with my former colleagues, their families & staff, and the US Capitol Police- public servants and heroes today and every day.

She later released a longer statement:

May we all come together with prayers for the survivors, love for their friends and family, and the courage to make this country its best. pic.twitter.com/2CIOnOh2su

Coming from Giffords, herself the direct victim of similar violence, the message is especially poignant. It demonstrates both compassion and political restraint. Unfortunately, in an all-too-common occurrence on the internet, she was soon callously attacked by other Trump supporters on twitter:

To bad it was not her

Some tried to blame the shooting on the investigation into Trump’s Russia connections:

We need to register and then ban all people who speak hate towards Trump.

As well as the usual Trumpist conspiracy theorists:

BS, you probably staged this for another gun-grab attempt. Sorry, TRAITOR, it's NOT going to work.

It seems Republicans are all too happy to order Democrats to show restraint and avoid talking about gun control after mass shootings, but the same restraint doesn’t extend to themselves.