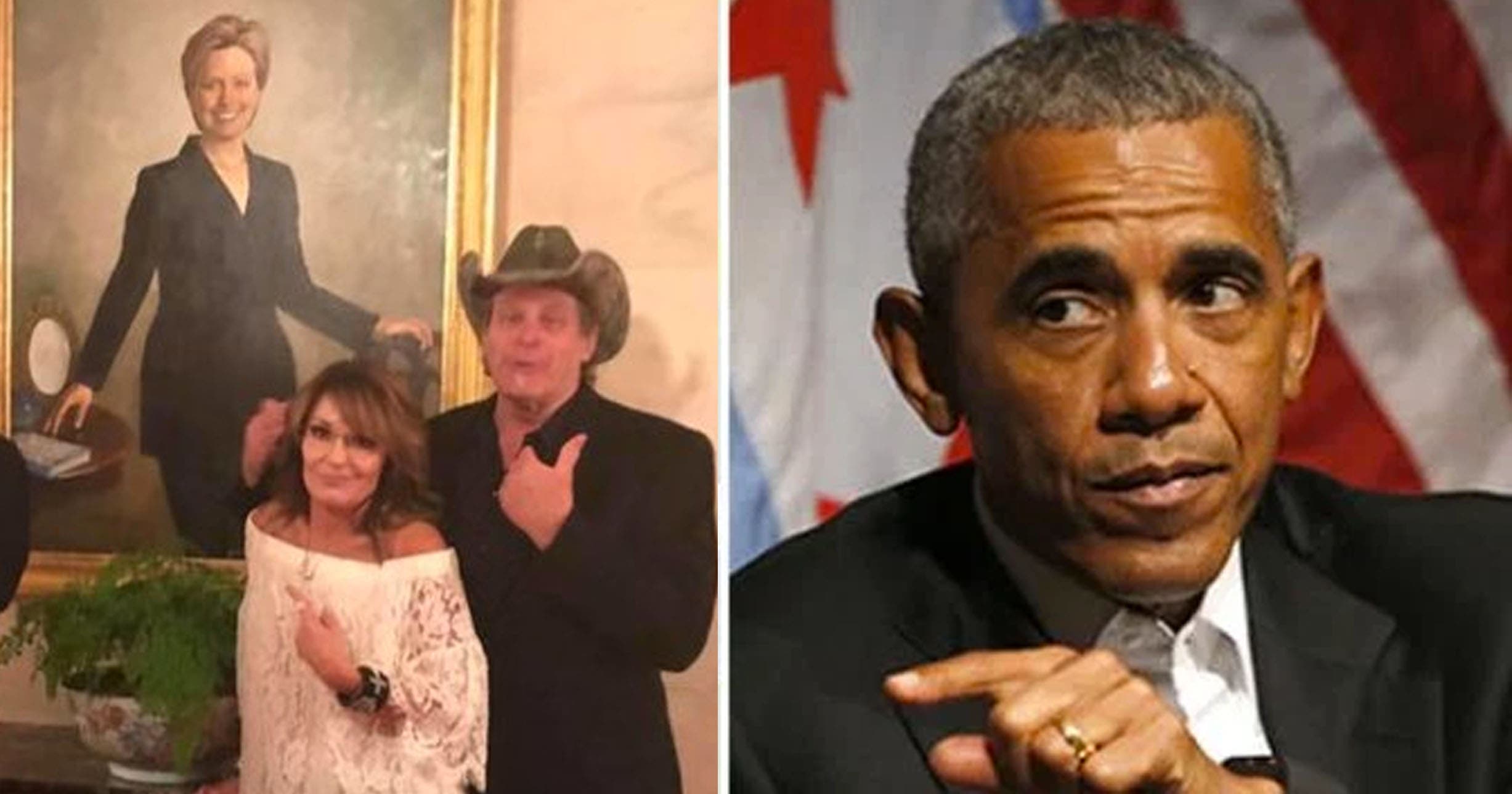 Ted Nugent made himself the right wing poster boy for dangerous, hate-filled rhetoric by spouting off a stream of derogatory and violently worded attacks on Democrats.  Now, he is calling for liberals to cool it.

“I encourage my friends and enemies on the left, in the Democrat and liberal world that we got to be more civil to each other,” Nugent told WABC Radio’s Curtis & Eboni. “The whole world is watching America… And we have to be more respectful to the other side.”

This is coming from a man who called President Barack Obama “vile,” “evil,” and a “subhuman mongrel” who should “suck on my machine gun.” He also said Hillary Clinton should be “hung” and Senator Bernie Sanders (I-VT) should “eat sh*t and die.”

Nugent had an answer for his hate speech and threats to Obama.

“I’m not trying to make excuses, but…” he began, before making his excuses. “…when I made those wild ass comments on stage against then-Senator Hillary Clinton and then-Senator Barack Obama, I don’t know if you can grasp the degree of adrenaline and intensity and over-the-top animal spirit and attitude that I live on stage.”

Apparently, adrenaline, intensity, and animal spirit, are acceptable reasons to spew violent hate speech, but Democrats just don’t have the over-the-top levels required to justify it.

Despite the hollow and flagrantly hypocritical plea for civility, there is one thing Ted Nugent can do to dramatically improve political and civic discourse: