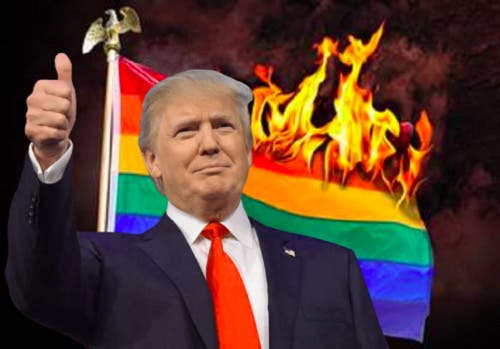 “The Department of Commerce does not tolerate behavior, harassment, discrimination or prejudice based on race, color, religion, sex, national origin, age, or disability.  We will also provide reasonable accommodations for applicants and employees with disabilities.”

Notice anything missing?  When juxtaposed with the same paragraph in the 2014 and 2016 department policy statement, the omission becomes glaring:

“The Department of Commerce does not tolerate discrimination based on race, color, religion, sex (including sexual harassment and pregnancy discrimination), sexual orientation, gender identity, national origin, age (40 years of age and over), genetic information, or disability (physical or mental), including the provision of reasonable accommodations for qualified applicants and employees with disabilities or genetic information”

That policy letter was singed by then Secretary Penny Pritzker, who took the reigns at Labor for President Obama’s second term.  During his first term, Gary Locke served as Secretary, and his policy letter contained almost identical language.

The Trump Commerce Department insists the omission was an oversight, not a change of policy, and Secretary Ross has directed the language to be reinserted in a new statement that will be issued soon.

In the meantime, a spokesperson for Secretary Ross told Buzzfeed News, “The Department of Commerce policy remains that we do not discriminate on the basis of transgender status and sexual orientation. Department employees will continue to enjoy the fullest extent of the protections of all the non-discrimination laws.”

Still, the omission is stark, given the rhetoric from this administration going back to the campaign, and its association with the Alt-Right

It should come as no surprise to anyone that the Alt Right is populated with racists as well as homophobes.  Even those on the Alt-Right who insist they are neither have a funny habit of spewing insults that are tinged with racist and homophobic undertones, like “cuck” and “faggy.”

The White House has been careful to avoid adopting their language, at least openly. What may surprise many Americans, however, is that they’ve brazenly adopted their world view.

Breitbart News is credited with helping propel Donald Trump to victory in the Republican primary by mobilizing its built-in Alt-Right army on social media.  When Trump named then Breitbart Editor in Chief Stephen Bannon as the CEO of his campaign for the general election, and then later as White House Chief Strategist, many were alarmed that this torch bearer for the Alt Right would be influencing policy.

Since Trump won the election, mainstream Republicans have tried to distance themselves from the Alt-Right and downplay any influence they may have inside the current administration.  Playing to the Alt-Right may have been an effective tactic for the campaign, the thinking went, but there was no way Trump would ever govern with them in mind, we were assured.

But from the Islamophobia that inspired the travel ban, to the xenophobia that inspires the border wall, to the racism of Jeff Sessions’ Justice Department that inspired  the re-institution of mandatory minimum sentences for minor drug offenses, Alt-Right approved initiatives seem to be making their way into Administration policies.

It’s difficult to believe anything this administration says, from the President on down.  But it’s almost impossible to believe that the removal of the entire LGBT community from employment protections by the Department of Labor was just a simple oversight by this White House.