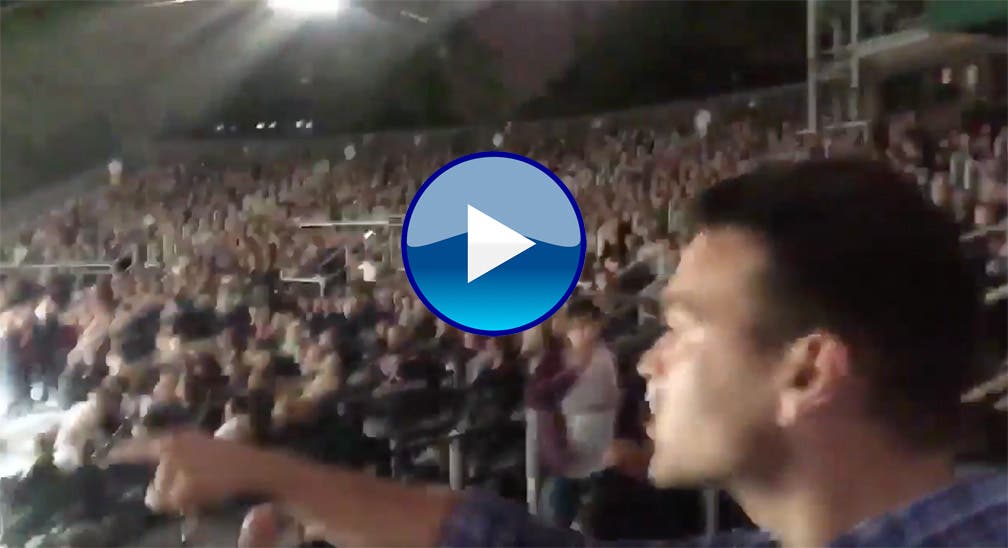 Jack Posobiec, the Alt-Right’s white supremacist provocateur du jour, is at it again.  He posted a video on his Twitter feed Friday night trying to shock a theater crowd in Central Park.   Perhaps someone should have warned him that neither New Yorkers, nor theater goers, are easily shocked, and he might have avoided the embarrassment.  But we digress.

Best we can tell, it all started last month, when Jacky boy was fired from his White House gig at Rebel Media – the Canadian-based poor man’s version of Breitbart News – for trying to peddle conspiracy theories that were too looney even for them.  So he needed a bold, courageous PR stunt to stay relevant among his fellow racist, homophobic Twitter trolls on the Alt Right.

Thanks to the strange convergence of a New York theater company’s controversial Central Park rendition of Shakespeare’s Julius Caesar, and the shooting of Rep. Steve Scalise (R-LA) and 4 others at a Republican baseball practice Wednesday, he saw his opening.

Republicans have been up in arms for weeks about the play because, in it, the Julius Caesar character is portrayed looking very much like President Donald Trump.

Trump – I mean Caesar – gets assassinated (spoiler alert) by patriotic Roman Senators led by Brutus who couldn’t stand idly by as the tyrant trampled on the laws and traditions of Rome.

That play inspired an Illinois Liberal to go out and shoot up a Republican baseball practice, so the twisted Right wing thinking goes, and Jack decided he was going to do something about it.

So, he gathered some of his white power friends to attend what was probably their first-ever play of any kind.  It seems the plan was for Jack to film as a co-conspirator stormed the stage yelling important sounding things at Big Apple hipsters and urbanites – again, not the easiest crowd to impress under the best of circumstances.   When Plan A was immediately squashed, poor Jack had to resort to Plan B: taking a selfie video to capture himself screaming at unimpressed New Yorkers.

At one point during Posobiec’s rant, he starting calling the audience members “Joseph Goebbels,” something we’re ashamed to admit left us a bit confused.  Goebbels was the high priest of Nazi propaganda, a sort of patron saint of the Alt-Right media.  So, was Posobiec complimenting the audience and the play?  Tough to tell.

I have to say, though, Jack’s selfie skills are on point.  The arm extension is impressive, and he managed to keep his face in the frame most of the time.  As any 17 -year-old concert going snap-chatter can attest, that’s no easy feat.  That said, he could use a few pointers on low-light cinematography, and he did get tripped-up by the tricky spelling of ‘Caesar’ in his tweet.  But now I’m just being picky.

While it is nice to see Trump supporters finally embracing the theater, sadly for Jack, the attempt to shut the play down ultimately failed. But the mission to make a fool of himself succeeded brilliantly.   We can’t be certain which was his primary intent, though.

You can see his entire comical attempt at an artistic statement here and decide for yourself.